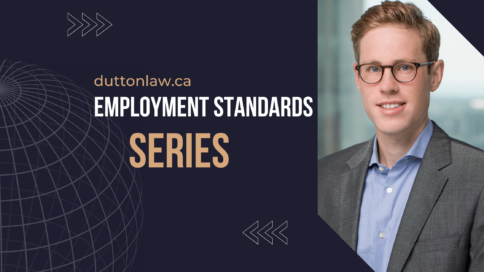 Some employees in Ontario are misclassified by their employers as independent contractors and denied minimum employment standards to which they would normally be entitled to such as overtime pay and vacation pay, among others.

Generally, it hardly matters if someone signs an agreement stating they are independent contractors. Rather, the question of whether someone is an independent contractor and not an employee is concerned with the true substance of the relationship. In that regard, although there is no universal test to determine whether a person is an employee misclassified as an independent contractor, the courts generally agree that the central factual question is whether the person who has been engaged to perform the services for the company is “performing them as a person in business on his own account or his company’s behalf”. In making this determination, an examination of the level of control the company has over the worker’s activities will usually be the starting point.

However, other factors to consider in deciding whether an independent contractor is truly an employee include:

It should be noted that the above factors constitute a non-exhaustive list, and there is no hierarchy set in stone. The relative weight of each factor will depend on the particular facts and circumstances of each case.

Application Of The Law To An Example Case

I represented the Government of Ontario in a case that required the Ontario Labour Relations Board’s tribunal to distinguish whether a tow trucker driver was an independent contractor, as he was labelled by his Employer, or truly was an employee, as my client argued.

The matter turned on the above-noted legal test of whether Mr. M was performing services for the Employer as a person in business for himself or on his employer’s behalf. Importantly, for the purposes of that legal test, the tribunal heard the following facts:

At the hearing, I argued that the so-called independent contractor agreement was a sham. And that Mr. M was an employee because he was not in business for himself. He was dependent upon the Employer. He was closely scrutinized, had next to no control over his calls, his equipment was inspected by the Employer and that, importantly, he did not own any of his own “tools of the trade.”

The Decision: In the result, the Ontario Labour Relations Board agreed with me. It held that Mr. M was not in business for himself and stressed that the Employer exercised too much control over Mr. M’s working conditions and that Mr. M was dependent upon the Employer for his livelihood (e.g., the fact the Employer gave Mr. M all his calls and paid for his truck).

Accordingly, the Board reclassified Mr. M as an employee and ordered the Employer to pay Mr. M all back pay owing on account of his misclassification over the years (e.g., vacation pay, overtime pay, etc.)

Ultimately, the facts of this case could be contrasted from those in Bining v. 1391165 Ontario Inc. (Wallace Transport), 2009 CanLII 33872 (ON LRB) because in that case, the tow truck driver did not own his truck. There, the Board stated:

I conclude, on balance, that Mr. Bining’s association with Wallace Transport more closely resembles an arm’s length relationship between two businesses than employment. The chief reason is that Mr. Bining made a personal, substantial capital investment in the acquisition of a key piece of equipment that enabled him to earn a living in the transportation industry as an Owner/Operator. That factor, in my view, is highly significant. Mr. Bining’s acquisition of the vehicle gave him market mobility within the trucking industry. Indeed, one of the contractual terms of his engagement with Wallace Transport was his right to contract with the company’s competitors. Furthermore, in his association with Wallace Transport, Mr. Bining bore nearly the entire burden of all the costs associated with the operation of his tractor, including fuel, maintenance, insurance and licencing. He also shouldered the financial risk to replace his tractor in the event of a mechanical breakdown, and of any parking or moving violations. These factors are suggestive of entrepreneurship. On the whole, even though there were elements that suggest an employment relationship, Mr. Bining was a person in business on his own account. He was providing a service and being paid for the service he provided, not for his labour as an employee.