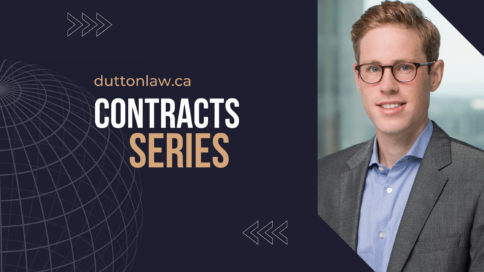 Restrictive Covenants can sometimes serve a valid business purpose or they can be abused. On one hand, businesses should be able to protect their interests from employees who might steal confidential information or clients to get a head start on a competing business. On the other hand, restrictive covenants can be abused by employers who, for example, without merit, threaten to counter-sue employees for breach of a restrictive covenant when they are sued for wrongful dismissal. For another example, some employers use restrictive covenants to silence victims and thus prolong a systematically toxic workplace (Harvey Weinstein was notorious for his use of confidentiality agreements).

What kind of employment restrictive covenants are there?

A non-competition clause limits an employee from working for a competitor or going into business themselves in a competitive nature against their former employer.

Non-competition clauses are restraints of trade, meaning they restrict an individual’s ability to work. For this reason, courts were reluctant to enforce them.

In October 2021, the Government of Ontario introduced legislation that would make non-compete clauses illegal in Ontario. The only exception would be when a business owner sells his or her business and he or she becomes employed by the buyer. Therefore, in almost all circumstances, new non-competes will be illegal in Ontario when this legislation is passed. Whether or not a pre-existing non-competition clause will be legal, or “grandfathered” will depend on the circumstances and the exact text of the new law. But, to be clear, chances are old non-competition clauses will be unenforceable and severed from any contract because the court will consider it an unreasonable restraint on trade.

A non-solicitation clause limits an employee from taking or attempting to take the customers or employees of the employer.

Many individuals with a sales position have a non-solicitation clause in their employment contract.

If you are a business in an industry that needs to protect against client poaching or intellectual property theft, use restrictive covenants like non-solicit and confidentiality clauses in your employment contracts. However, skip the non-compete clause. It is dead on arrival. Moreover, don’t make your non-solicit and confidentiality clauses overly broad restraints on trade. The courts will nix them.