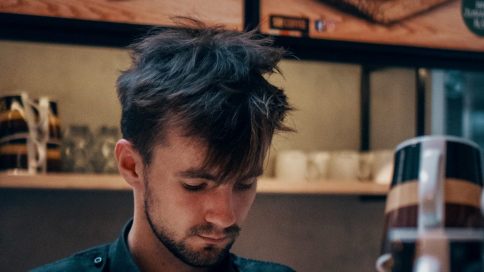 Employees can take back a resignation in Ontario

[14] Unless the employer acted to its detriment on the expressing of intention to resign, the plaintiff remained free to change his mind.  …

In Movileanu (2007),[3] Justice Matheson of the Ontario Superior Court found [at para. 48] that Movileanu had clearly and unequivocally resigned. The Court also expressly found [at para. 31] that the employer had accepted the resignation:

However, Justice Matheson went on [at paras. 49-50] to expressly apply Kieran and Tolman when analyzing whether the employee had successfully resiled from his resignation. The Court concluded [at paras. 58-59]:

[58 ]  At least until the 11th of January [i.e. the date of the resilement] the company had not incurred any expense because of the actions of Movileanu. The company had not taken any action to its detriment at that time. [59]  I find that Movileanu had resiled from his previous position and would take on the job of supervisor. The Defendant at that time had not incurred any expenses caused by Movileanu.

Justice Matheson then found [at para. 62] that Movileanu had been terminated without cause. The Court predicated that conclusion on various facts [at para. 61], including:

4. Movileanu had been a long-time employee …

5. Movileanu held a position of considerable importance to the Defendant. …

6. The Defendant acted in a persistent manner. It, through its officers, did not step back and take a new look when Movileanu offered later on the 10th and 11th to be the supervisor.

Kerr is not good law, and should not be followed in Ontario

In Kerr (2015),[4] the Nova Scotia Court of Appeal – which of course is not bound by decisions of the Ontario Court of Appeal nor of the B.C. Court of Appeal – held that an employee cannot validly resile from a resignation that has already been accepted by his employer, regardless of whether or not the employer actually has detrimentally relied on the resignation. For the five reasons discussed below, Kerr is not good law, and should not be followed in Ontario.

In Kerr, the Nova Scotia Court of Appeal held that Kieran and Tolman run “contrary to the basic principles of contract law”. However, the Court in Kerr ignored repeated guidance from the Supreme Court of Canada that the ordinary rules of contract law often warrant modification in the employment law context. As stated by Justice Gillesse, writing for the unanimous Ontario Court of Appeal in Braiden (2008)[5] [at para. 50]:

In an important line of cases in recent years, the Supreme Court of Canada has discussed, often with genuine eloquence, the role work plays in a person’s life, the imbalance in many employer-employee relationships and the desirability of interpreting legislation and the common law to provide a measure of protection to vulnerable employees [citations omitted].

The Supreme Court recently underlined the employee’s vulnerability when deciding whether to resign in face of a unilateral change. Writing for the majority in Potter (2015),[6] Justice Wagner stated [at para. 65]:

[65] When faced with a unilateral change by the employer, the employee is placed in the unenviable situation of having to decide whether to accept the change or to resign and bring an action for constructive dismissal: see Belton v. Liberty Insurance Co. of Canada (2004), 2004 CanLII 6668, 72 O.R. (3d) 81 (C.A.), at paras. 25-26. This life-altering decision must be made in circumstances in which the information available to the employee is limited and there is an imbalance of power between the employer and the employee.

(b) Kerr’s view of contract law bizarrely treats an employer’s “acceptance” of a resignation as legally important, despite employees having a right to resign

Aside from Kerr’s contract law analysis being oblivious to employee vulnerability, the Nova Scotia Court of Appeal took a surprisingly off-kilter view of contract law. Indeed, the Court in Kerr made a big mistake by conflating concepts essential to the creation of a contract – offer and acceptance – with the termination of an employment contract.

…[T]he basic principles of contract law … hold that all that is necessary to bring a contract to a close is the communicated acceptance of a valid offer (S.M. Waddams, The Law of Contracts, 6th ed. (Aurora: Canada Law Book Ltd., 2010), p. 20). Whether or not a party relied upon an offer to their detriment is only relevant in cases where the offer has not been accepted.  Once it has been accepted, the contractual bargain (to terminate the employment relationship) has been struck.

Termination of an employment contract typically is done unilaterally. It is nonsensical to say that an employment contract ends when one party “offers” to terminate it and the other party “accepts” that offer. An employer’s decision to fire an employee, whether for cause or without cause, obviously is not legally contingent on the employee “accepting” his termination. Rather, it is a unilateral decision which the employer has the right to make at any time, subject to notice or pay in lieu of notice in the absence of just cause. Similarly, an employee’s decision to quit is not somehow legally ineffective unless his employer “accepts” his resignation; otherwise, employees might be stuck toiling in endless servitude. As pithily stated by the Alberta Court of Appeal in Clarke (2001)[7] [at para. 12]:

[12] Mr. Rossburger was not bound to serve Pass Precision in perpetuity. He exercised a personal right to resign.

Similarly, in O’Sullivan (2010),[8] the Ontario Superior Court held [at para. 53] that “an employee is entitled to treat the contract of employment as wrongfully terminated” if the employer has unilaterally changed a fundamental term without giving reasonable notice.

[96] I am satisfied that JDIMI’s conduct [as new owner of the employer, Safety] evinced an intention to no longer be bound by the employment agreement which Skinner had with Safety. Skinner had the right to resign since he reasonably saw the changes as a repudiation of his existing agreement. This … constituted constructive dismissal.

Because an employee has a right to resign, exercising that right does not entail any “by-your-leave”, any “permission”, nor any “acceptance” in any legally meaningful sense. An employer’s “acceptance” of a resignation is utterly superfluous: withholding such acceptance does not in any way legally preclude a resignation from taking effect; nor does graciously deigning to “accept” a resignation magically make that resignation legally effective; nor does purporting to “accept” something legally transform it into a resignation if it otherwise is not. It is startling that the Nova Scotia Court of Appeal in Kerr allowed itself to be bamboozled by the bizarre notion that somehow a resigning employee’s legal rights greatly depend on whether the employer has happened to make the legally meaningless gesture of “accepting” his resignation.

Kerr also was erroneously followed by an Ontario Superior Court decision in English[10]. Just recently though, in July 2019, the Ontario Court of Appeal heard the appeal in English. However, the court did not, unfortunately, discuss the issue of reliance or acceptance, finding instead that the appeal should be allowed only because the appellant’s resignation was equivocal, not unequivocal[11]. In other words, as of July 2019, the Court of Appeal has said nothing that clears up the law of whether a resignation can be taken back if it has been “accepted”.

Kerr’s conclusion also ignores the oft-recognized fact that resignations or near-resignations commonly involve strong emotions on the part of the employee. Instead, by adopting a clinically sterile, hyper-technical approach to contract law in this scenario, it encourages callous and wily employers to instantly pounce on a hoped-for resignation by immediately communicating its acceptance. This is equivalent to giving absolutely determinative legal effect to a rule reminiscent of the sneering playground chant, “No backsies!” As the Supreme Court of Canada has repeatedly cautioned, however, the termination of employment is not a game, as its real-life consequences to vulnerable human beings are far too serious. The case of O’Neil (2001)[12] illustrates how an unscrupulous employer might seize on an employee’s emotional (near-)resignation that was instantaneously communicated by modern messaging technology. Justice Jarvis of the Ontario Superior Court trenchantly observed [at paras. 28 & 32]:

[32] …I make the following findings of fact:

1. I accept O’Neil’s evidence that despite his emotional reaction to the events surrounding his leaving the Company, he did not in fact resign, could not afford to, and never had the intention to do so. His e-mail of July 31, 1998, was emotional and understandable in the circumstances. Such inappropriate statements are the predictable result of technology which allows instant and unconsidered responses.

2. I find that no conduct on the part of O’Neil occurred which could conceivably have constituted cause for dismissal. …

5. …Mr. O’Neil did not resign on August 11, 1998. Rather his emotional response to the circumstances facing him was snapped up by his boss Ruppel and used to justify what was clearly the dismissal of Mr. O’Neil by the Company.

[23] …Moreover, an employer cannot merely quickly rush to snap up a rash statement by the employee that he or she is quitting – the employee is entitled under our law to pull back or resile from a resignation letter following reconsideration [in the absence of detrimental reliance by the employer]: [citations omitted].

Writing for the Court in Kerr, Justice Saunders purported to distinguish Kieran and Tolman on the basis that neither of them should apply in instances where the employer has accepted the employee’s resignation prior to his resilement. He wrote [at para. 14]:

The Court in Kerr apparently was inadvertently misled by incomplete legal research. As set out above, the Ontario Superior Court in Movileanu[14] applied Kieran and Tolman and held that the employee’s resilement from his resignation was effective (due to lack of detrimental reliance), despite also expressly finding that the employer had accepted the resignation. So Kerr was incorrect when asserting that there was no Canadian caselaw applying Kieran and Tolman where the resignation had been accepted.

Moreover, the converse can be said about Canadian jurisprudence. The Court in Kerr had before it no example of any case where the detrimental-reliance principle of Kieran and Tolman had been judicially cast aside because the employer had communicated acceptance of a resignation.

(e) Kerr failed to recognize the scope of Kieran and Tolman

Finally, the Court in Kerr failed to consider the implicit scope of the holdings in Kieran and Tolman. The latter two cases say that an employee may validly resile from his resignation at any time, provided that the employer has not yet acted to its detriment in reliance on the resignation. The Ontario Court of Appeal and the B.C. Court of Appeal presumably meant what they said. A mere communication of acceptance would not amount to detrimental reliance, and so would not preclude a resigned employee from validly resiling from the resignation. Such an acceptance is thus already fully analyzable within the concise framework established by Kieran and Tolman. The Court in Kerr was wrong to think that such an acceptance was somehow completely extrinsic to the principle established by Kieran and Tolman.

In summary, employees may be able to resile from an ‘accepted’ resignation if they can argue, as I have above, that Kerr is not good law in Ontario. If the employee can successfully argue he was able to take back his resignation, then he will be able to claim wrongful dismissal as if he was terminated.

If you or your business has a resignation issue, and need an employment lawyer, contact me.