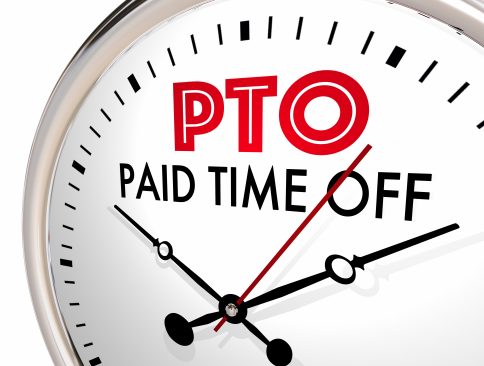 In Ontario, deducting ‘negative’ vacation time from wages without a written authorization does not comply with employment standards legislation and is therefore illegal.

The only way an employer is able to legally deduct money from an employee’s wages, according to section 13 of the Employment Standards Act, is if the employee has signed a written statement authorizing the deduction. Accordingly, in the example above, the employer could only deduct “negative vacation time” from the “negative vacation bank” if it had a written authorization from the employee.  Otherwise, if an employer deducts wages from an employee for taking unaccrued vacation time without getting a legitimately signed authorization, the employer has breached the Employment Standards Act.

The purpose of section 13 of the Employment Standards Act is to protect the employee from wrongful interference with their earnings by ensuring that an employer who owes wages is not in the position of being both a claimant of such monies against the employee and the judge of the validity of such a claim. The reason for such limits is well set out in the case Jermark Plumbing and Mechanical Services (September 24, 1992, ES 161/92, Muir) at page 2:

The language of the Act is clear; deductions from wages are prohibited.  The justification for this strict rule is equally clear: an employer, because of its control over the workplace and more particularly control over payroll, should not be both prosecutor and judge in disputes with an employee.  An employer who considers that an employee owes it money has recourse to the civil courts for redress, however the Act prohibits that employer from deciding that the employee is guilty and then deducting the amount in question from wages.

Moreover, according to section 13(5) of the Employment Standards Act, a valid written authorization to deduct unaccrued vacation pay from wages must clearly refer to a specific amount or provide a formula from which a specific amount may be calculated. Although an actual dollar figure is not required, the authorization must clearly demonstrate the employee’s agreement to the deduction of a precise amount (e.g., “overpaid vacation pay”) even if the amount is not precisely quantifiable when the authorization is signed. In that regard, an authorization will not be enforceable if it is overly broad – for example if it says the employer can deduct “any” or “all” wages for overpayment of vacation pay.

It should also be noted that a deduction from wages must not produce a result that is less than the minimum wage or, where overtime hours are worked, less than an employee’s overtime pay entitlement under the Employment Standards Act.

If you are an employee who believes your employer wrongfully deducted vacation pay, contact an employment lawyer today. We regularly act for individuals seeking redress through the Ministry of Labour. In addition, lawyers at our firm, Monkhouse Law, have sued major corporations in “class action” lawsuits on behalf of thousands of employees whose employment rights have been breached. If you believe you may be a part of a large group of employees who are owed monies from your employer in Ontario, contact us today.