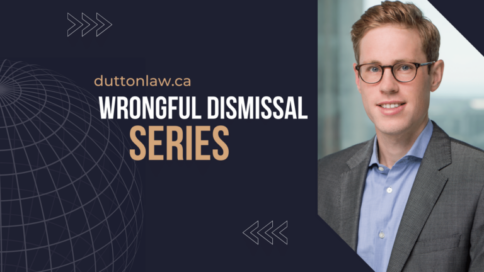 When an employer becomes bankrupt, the rights of its employees are impacted devastatingly.

When a company goes bankrupt, of course, its employees will lose their job. To make matters worse, the employees will likely not receive any reasonable notice (i.e. common law severance) and, perhaps, the full extent of their yet unpaid wages.

The Rules of Bankruptcy and Employment

Bankruptcy is a formal legal proceeding under the Bankruptcy and Insolvency Act (“BIA”). Under the BIA, in bankruptcy, a company’s assets are liquidated, and the proceeds are paid to creditors.

Employees are unsecured creditors in a bankruptcy proceeding. This means employees are at the bottom of the hierarchy.

In this way, as an unsecured creditor, even if an employee had a claim for wrongful dismissal following their termination from a bankrupt employer, they wouldn’t be able to, generally, recoup any damages because there is usually no money left to pay for such damages.

Indeed, employees are even barred from suing their bankrupt former employer for wrongful dismissal. Instead, employees who have claims for damages against their former employer under statute or common law, must file with the Trustee of the bankruptcy proof of their claim of an unsecured debt and hope they can receive some amount after the secured debtors are paid first.

The BIA does however convert a small amount of an employee’s unpaid wages into secured debt, up to a maximum of only $2,000.

The Government of Canada also has a program called the Wage Earner Protection Program (WEPP), which provides employees of bankrupt companies with money representing their claims to severance, among other unpaid wages, up to an amount equal to seven times the maximum weekly insurable earnings someone would receive on employment insurance (EI), which is about $4,500 at the maximum end of the range.

Lastly, employees can technically sue directors of bankrupt companies for unpaid wages, but that’s a challenge, with multiple legal issues, so speak to a lawyer first.

Bankruptcy is the worst situation for an employee. Not only do they lose their job, but they also will likely miss out on the relatively generous common law termination monies a regularly terminated person is entitled to in Canada.

If you are an employee, and your employer is on the verge of bankruptcy or is bankrupt, call our firm for a free consultation. Even though you may not be able to recoup a significant amount of funds, it’s worth it to spend some time, for free, speaking to an employment lawyer to advise you on the next steps. You may need help investigating whether your employer can pay you anything, how to submit a claim for even just a nominal amount with the Trustee, or how to navigate the WEPP.