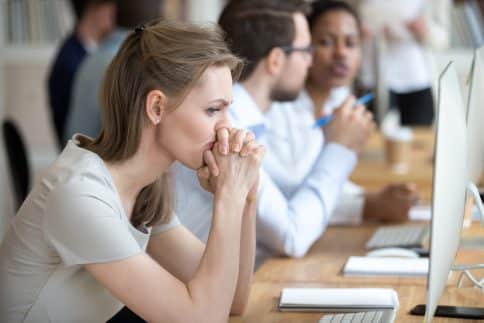 Below is a list (that will grow with time as we add other cases) of example cases where a constructive dismissal allegation was successful or unsuccessful.

Crescent (1952) Limited v. Safety Insurance (1959) Limited, 2019 ONSC 931 (CanLII): In this case, the employer tried to unilaterally change the terms of the employee’s remuneration package, which would have very likely resulted in a decrease in his remuneration. Specifically, the employer attempted to remove the commissioned employee’s guaranteed draw.

Lane v. Carson Group Inc., 2002 NSSC 218 (CanLII): The employee was employed by the defendant as a salesman and after 25 years, the employer unilaterally reduced the plaintiff’s territory and product lines resulting in a potential 25% decrease in income. This unilateral action of the employer constituted a constructive dismissal.

Orovec v. Ryan Duffy’s Management Ltd., 2016 NSSM 7 (CanLII): The employee worked for approximately four months with the employer as a Chief Operations Officer of a restaurant. He began his employment at an annual salary of $75,000.00. However, months later that was reduced to $50,000.00 and his position was changed to that of Executive Chef. The court found a constructive dismissal.

Ciszkowski v. Canac Kitchens, 2015 ONSC 73 (CanLII): The court found a constructive dismissal when the Employee was told that instead of reporting to the Director of Finance, he would be reporting to a lesser manager. Also, the Employee lost control over a small office budget, was no longer invited to attend some managerial meetings, no longer had subordinates and he no longer received or processed new contracts.

Corker v. University of British Columbia, 1990, Carswell B.C. 726 (BCSC): An employee who had been hired to provide counselling services at a university was unilaterally transferred into a position where she was to be responsible for cataloguing reference materials. Despite the fact that her title and salary remained the same, the court concluded that she had been constructively dismissed. The employer was not entitled to alter her duties unilaterally in the manner in which it had done because she was hired to provide counselling services and not clerical services.

Holm v Agat Laboratories Ltd, 2018 ABQB 415 (CanLII): The court had no hesitation in finding that the employee was constructively dismissed. The essential terms of his employment were substantially changed in that:

McLean v Dynacast Ltd., 2019 ONSC 7146 (CanLII): The court found a constructive dismissal when the employer ended the employee’s role as a sales and service technician and unilaterally reassigned him to the job of project technician. Prior to the change of duties, the employee spent about five percent of his time on the plant floor consulting on how to fix problems with the machines. In contrast, the project technician job involved rebuilding machines and maintenance work with 100 percent of the Plaintiff’s time being spent in the physically challenging environment of the plant floor.

Michalski v Cima Canada Inc., 2016 ONSC 1925 (CanLII): The Employee successfully argued that as he had been temporarily laid off, it was a constructive dismissal because his employment contract did not have express terms stating that temporary layoffs could occur during the course of his employment.

Bishop v. Carleton Co-operative Ltd. (1996), 1996 CanLII 4867 (NB CA), 176 N.B.R. (2d) 206 (C.A.): a 27-year employee in the position of office manager was granted sick leave that was extended from time-to-time as a result of medical certificates.  After some time, he returned to work to find that his position was taken and that there was no further work.  The court found a constructive dismissal.

Moffat v. Canso Pharmacy Ltd., 1990 CanLII 4217 (NS SC): A change in the employee’s terms was made without her consent or consultation tantamount to a constructive dismissal. There was a change in her hours and in the location of her work. It entailed driving over a road which she feared in the winter. It entailed working in a different pharmacy and for a person whom she did not know.

Nethery v. Lindsey Morden Claim Services Limited, 1999 CanLII 3857 (BC SC): When an insurance adjuster learned that his supervisor had over billed clients for the adjuster’s time, he demanded that the employer reimburse the clients and discipline the supervisor. The company refused, and the adjuster left his position, claiming that he had been constructively dismissed. The British Columbia Supreme Court agreed, creating a novel precedent. See eText on Wrongful Dismissal and Employment Law, Chapter 8. Constructive Dismissal, Resignation and Repudiation by Employee.

Thornton v. Toronto Dominion Bank, 2008 CanLII 49578 (CA LA): Employee worked for nine years at bank, beginning as teller. Employee took on new position selling mortgages for bank. Employee was promised leads, introductions and powers of sale that would aid in his work, but which were not forthcoming. Bank breached fundamental term of contract by not providing employee with promised leads, power of sale and introductions and providing these benefits to others. Lack of action by human resources department of bank created impression that bank was not interested in addressing issue. Bank did not follow performance counselling protocol. Employee had reason to believe he was being “squeezed out”.

Colistro v. Tbaytel, 2019 ONCA 197 (CanLII): the Ontario Court of Appeal upheld a finding that it was constructive dismissal when the employer re-hired a former employee who had sexually harassed the employee.

Hlewka v. Moosomin Education, 2007 SKPC 144 (CanLII): The employee alleged a constructive dismissal for the employer failing to contribute to a pension plan. The employer had agreed to make pension and benefit deductions and contributions and then failed to do so. However, in this case, the employer’s failure to do so was not so significant as to be a fundamental breach and repudiation of the contract of employment constituting a constructive dismissal.

Bayouk et ADT Canada inc., 2017 QCTAT 1301 (CanLII): The employer changed the employee’s duties after the company was purchased. However, it was concluded that the change was not serious enough to amount to a constructive dismissal because the employee had not been downgraded to a lower status and his responsibilities didn’t change very much.

Gillis v. Sobeys Group Inc., 2011 NSSC 443 (CanLII), the court ruled an employee resigned and was not constructively dismissed. The elimination of her position and offer of a sideways transfer, with a slightly lower salary, return to the store floor, and child care concerns inregard to the position’s hours were not enough to be deemed to be a constructive dismissal.

General Motors of Canada Limited v. Johnson, 2013 ONCA 502 (CanLII): The alleged harassment and discriminatory behaviour were not credible, nor were they serious enough to amount to a breach of contract. The employee had, essentially, a dispute with another employee, which did not support a finding that the assembly plant body shop was poisoned by racism, warranting a finding of constructive dismissal.  As a matter of law, the offending conduct must be persistent and repeated.