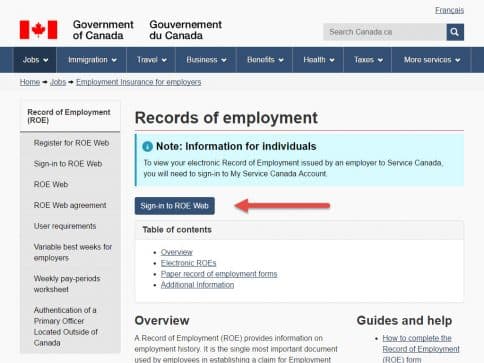 March 25 Update: In light of the COVID-19 pandemic, the Canadian government has proposed legislation to establish a new kind of income replacement benefit called the Canada Emergency Response Benefit (CERB). The CERB will temporarily replace all new applications for Employment Insurance once it is in place. We don’t yet know if the CERB will require an ROE. Read more here.

What happens if an employer fails to provide a timely Record of Employment (“ROE”) for departing employees?

Practically, delaying the delivery of an ROE causes an employee an avoidable waiting period in receiving employment insurance benefits (“EI”). If the employee is eligible for EI, but has short service, and therefore minimal entitlement to notice of termination, the employee may suffer unnecessary financial difficulty.

Legally, however, an employer who fails to deliver a timely ROE may be liable for nominal “inconvenience damages” and other fines.  For instance, as discussed below, a recent case from the Toronto Small Claims Court awarded an employee $1,000 because her employer failed to promptly submit her ROE.

What is an ROE?

When To Issue the ROE?

Employers must issue the ROE within five days after the employee’s last day of work, regardless of the reason why the employee left (i.e. termination, resignation, etc.).

What are the Penalties for not Providing a Timely ROE?

Employers are liable for two kinds of penalties for failing to provide an ROE on time. First, employers may be fined by the federal government up to $2,000 or imprisoned for up to six months, or both.

However, the employer’s position was misplaced. An ROE must be issued within five days after the last day of work for whatever reason, including resignation. The judge noted this requirement that an employer must provide an ROE for each and every departing employee:

56           An employer is required to provide a ROE directly to Service Canada within [five (5)] days of an interruption of earnings. Even if the defendant felt that it had not terminated the plaintiff from the company on April 1, 2016, it certainly knew by June 2016 when it was served with the Plaintiff’s Claim, which had been commenced on May 31, 2016. Yet despite this the defendant did not issue a ROE until August 12, 2016 and when it did issue it the defendant declared that the reason of termination was that the plaintiff had “quit”.

57           If the plaintiff had “quit” as alleged by the defendant, then, why didn’t the defendant issue the ROE much earlier than August?

Finally, the judge found that the employer’s failure to provide the ROE caused the employee “inexcusable” “financial hardship” and awarded a nominal sum to remedy the damages suffered:

58           This intentional act of the employer in inordinately delaying issuing the ROE … resulted in financial hardship of the plaintiff who had to borrow money from others, including family members, to meet her needs.

59           It is trite to repeat that an employer must promptly submit the ROE whenever there is an interruption in earnings…. It is obvious that the dithering by the defendant for about five months before submitting the ROE is inexcusable and caused the plaintiff stress and inconvenience for no good reason.

61           Taking into consideration what the plaintiff went through as a result of the defendant’s deliberate act of not promptly submitting the ROE …, I think that the sum of $1,000 is an appropriate, fair and proper amount under these circumstances for inconvenience damages to be paid by the defendant to the plaintiff.

Note: we recommend to most employees that before they sue to obtain their ROE like the above-noted case, they should first fill out a Request for Record of Employment with Service Canada, who will try and obtain the ROE on their behalf.

Further note:  We would caution employees that the cost of hiring a lawyer just to get an ROE will outweigh the benefit of doing it yourself. We would recommend consulting a paralegal or free legal clinic specializing in employment law if all you require is an ROE.

At Dutton Employment Law, an employment lawyer Toronto, we know what it is like to lose a job. We have acted for many recently dismissed employees and we understand what they are going through. One step in moving on is getting a fair severance package. Contact us for a free severance review. The next step is getting back on your feet by landing a new, better job or finally starting your own business.