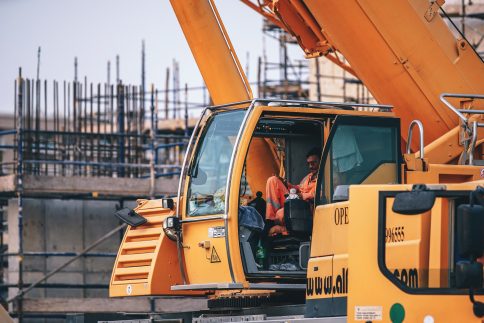 In deciding whether an application has a reasonable prospect of success, the oft-cited case of Dabic v. Windsor Police Service, 2010 HRTO 1994 (CanLII)  is instructive:

In some cases, the issue at the summary hearing may be whether, assuming all the allegations in the application to be true, it has a reasonable prospect of success.  In these cases, the focus will generally be on the legal analysis and whether what the applicant alleges may be reasonably considered to amount to a Code violation.

In other cases, the focus of the summary hearing may be on whether there is a reasonable prospect that the applicant can prove, on a balance of probabilities, that his or her Code rights were violated.  Often, such cases will deal with whether the applicant can show a link between an event and the grounds upon which he or she makes the claim.  The issue will be whether there is a reasonable prospect that evidence the applicant has or that is reasonably available to him or her can show a link between the event and the alleged prohibited ground.

In considering what evidence is reasonably available to the applicant, the Tribunal must be attentive to the fact that in some cases of alleged discrimination, information about the reasons for the actions taken by a respondent are within the sole knowledge of the respondent.  Evidence about the reasons for actions taken by a respondent may sometimes come through the disclosure process and through cross-examination of the people involved.  The Tribunal must consider whether there is a reasonable prospect that such evidence may lead to a finding of discrimination.  However, when there is no reasonable prospect that any such evidence could allow the applicant to prove his or her case on a balance of probabilities, the application must be dismissed following the summary hearing.

The Tribunal does not have the power to deal with general allegations of unfairness. For an Application to continue in the Tribunal’s process, there must be a basis beyond mere speculation and accusations to believe that an applicant could show discrimination on the basis of one of the grounds alleged in the Code or the intention by a respondent to commit a reprisal for asserting one’s Code rights.

If the Request for Summary Hearing is granted, the HRTO will issue a Case Assessment Direction to the parties about the issues to be dealt with at the summary hearing. After that, the Summary Hearing will usually take place by phone and there will be no witnesses. At the Summary Hearing, the question of if the Application has no reasonable prospect is whether the Applicant is able to point to any information which tends to support his or her belief that he or she has experienced discrimination under the Code. Accordingly, the question that the HRTO must decide at a Summary Hearing is thus whether there is likely to be any evidence, or any evidence that may be reasonably available to the Applicant, to connect the bullying and harassment allegedly experienced by the Applicant with the Code’s protections. Thereafter, the HRTO will consider the arguments and make a determination. It’s that simple.

A recent case at the HRTO sheds light on the Summary Hearing procedure with respect to an allegation of bullying and harassment. In Galuego v. Chartwell Master Care LP, 2019 HRTO 343 (CanLII), Leonardo Galuego, the applicant, alleged that he was bullied and harassed by co-workers and unfairly disciplined. In particular, he alleged that he was shouted at by a co-worker. The applicant further alleged that he was berated for complaining to head office about the harassment and accused of not being a team player. The applicant added that he also complained to management about how he was treated by another co-worker who bullied him by saying that he didn’t know how to do his job and criticizing how he worked. He alleged these complaints were never investigated by the respondent. Later, the same co-worker submitted a complaint about the applicant to the respondent, alleging that he had threatened her. Thereafter, the applicant was told he would be disciplined and that he would be moved to work on another floor. In response, the applicant sent an email to the respondent’s management stating that he would grieve if he was moved to a different floor because he had gout and because of his older age. He resigned soon after and filed his application with the HRTO alleging that the respondent discriminated against him on the basis of a hodgepodge of age, disability, sex, sexual harassment and reprisal.

A Summary Hearing was initiated, and the HRTO quickly dispensed with the application as having no reasonable prospect of success because the applicant’s allegations of bullying and harassment were not connected to the Code:

[22]        In both his materials and oral submissions in the summary hearing, the applicant was unable to explain or establish a link between the Code grounds listed and what the respondent is alleged to have done…

[23]        When asked directly why and how he believed his age was a factor in the alleged mistreatment, the applicant responded that because he was older, he should not have had to relocate to a new floor at work, as it would have impacted his effectiveness at work, rather than explaining how his age had been a cause of the mistreatment he allegedly received. Similarly, when asked about the accommodation he sought, the applicant stated that he believed the respondent failed to accommodate him when it did not properly investigate his complaints of harassment.

[24]        The applicant was also unable to articulate why his gout should have prevented relocation to another residence floor, where his duties would have remained the same.

[26]        Ultimately, it appears that the true concern of the applicant is that, in his view, the respondent did not properly investigate his longstanding complaints of harassment, not whether that behaviour turned, to some degree, on the Code grounds cited in the Application.

[27]        I have no doubt the applicant strongly and genuinely believes that an injustice was done to him. However, the applicant has provided no information from which the Tribunal can reasonably infer that any of these actions, even if proven, were due to the applicant’s age, disability or sex. The Tribunal cannot decide general allegations of unfairness unrelated to the Code.

[28]        In the hearing, the applicant did say that he believed that his alleged mistreatment by his co-worker was due to his sex, noting that both she and certain residents preferred female personal support workers. However, the applicant was not able to point to any evidence that he would be able to advance in support of this belief at a merits hearing.

[29]        For an application to advance to a full hearing on the merits, an applicant must be able to point to some evidence, beyond his or her own suspicions. The Tribunal has repeatedly said that an applicant’s belief, no matter how strongly held, is not evidence upon which the Tribunal might find that discrimination has occurred.

Take Away for Employers

Employers must defend themselves in a system that doesn’t award their costs even for the most unjustifiable of Applications. The most efficient and cost-effective way of setting aside meritless claims for bullying and harassment at the HRTO is to request an Order for a Summary Hearing and argue the Application should be dismissed on the ground that it has no reasonable prospect of success because the Applicant failed to link the alleged bullying and harassment to a Code ground.

Dutton Employment Law is a law firm that advises employers on human rights compliance and litigation. Please contact our offices for more information on how we can help your company.