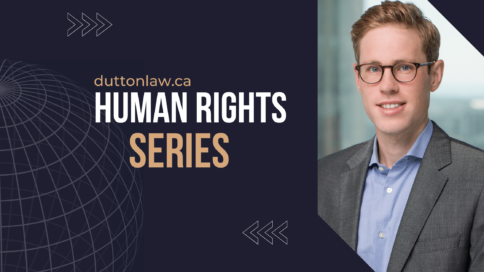 The Ontario Human Rights Code (“the Code”) prohibits actions that, among other things, discriminate against workers who take maternity leave. Specifically, section 5 of the Code reads as follows:

When is it illegal to fire someone on maternity leave?

As discussed above, it is illegal to fire a worker because she took maternity leave. More specifically, to prove a termination because of maternity leave was illegal, an individual must show:

The third part of the above-noted test is generally the only issue in controversy in any case. Therefore, this article will focus on that issue only.

As an example of a case where the employer was found not to have discriminated against an employee who was pregnant and who was terminated, consider Fleming v. Salon 130 Inc. (2015 HRTO 743 (CanLII)).

In that case, the employee argued that she had met her onus of establishing that it is more likely than not that the employers terminated her due to her pregnancy. The employee submitted several facts in her favour: she was dismissed several days after telling the employer that she was pregnant, her employer’s reaction to her announced the pregnancy, and prior statements made by employees becoming pregnant while working in the industry.

On the flip side, the employer argued that the employee’s pregnancy had nothing to do with the decision to terminate her employment. In support of its position that the termination was due entirely to the employee’s job performance, the employer pointed to the difficulties she had completing hair colour treatments promptly, problems she had in her interactions with clients, colleagues and her supervisor, and the fact that she was given three disciplinary letters addressing these problems before her termination.

As a result, the Ontario Human Rights Tribunal found in favour of the employer that the employee did not establish that her pregnancy was a factor in the decision to terminate her employment.

The Tribunal held that while it appreciated that the circumstantial timing of the pregnancy announcement and termination was sufficient to suggest that there could be a nexus between the employee’s pregnancy and her termination, it was the events that took place after the employee announced her pregnancy that ultimately resulted in the employer’s decision to terminate her employment. Worth noting, I would personally put forth that the three disciplinary letters torpedoed her case.

Take Away: First and foremost, an employer should not terminate a worker because they are pregnant or plan to take pregnancy leave. However, suppose an employer decides to terminate a pregnant employee/someone or pregnancy leave for business reasons or performance issues. In that case, it should take steps to document evidence that will show it decided to terminate solely based on those business reasons/performance issues. The employer should consider that it will look very poorly upon them if they cannot muster reasonable enough evidence to convince a tribunal that the decision to terminate was not discriminatory. Obviously, as we saw above, discipline letters work quite convincingly if they are reasonable and legitimate.

Where there is a lack of evidence in support of non-discriminatory reasons for a termination, the employee is much more likely to succeed than the employer.