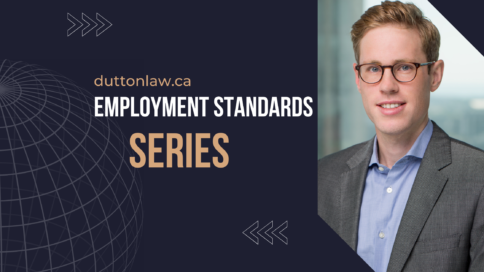 In 2021, the federal government created a new statutory holiday to mark a National Day for Truth and Reconciliation to be observed on September 30th every year. It is a statutory holiday, meaning workers who get the holiday get the day off with pay.

However, some people might be surprised to learn that despite the September 30 holiday being passed by the Government of Canada, it does not apply to most Ontario workplaces.

Regarding workplace holidays, the Constitution gives the province of Ontario the power to make holidays for most Ontario workers (i.e., holidays recognized by the Ontario Employment Standards Act), while it gives the federal government the power to make holidays only for a select few rare workplaces which fall under the purview of federal law (i.e., holidays recognized by the Canada Labour Code).

This leads us to the following: The new September 30 holiday is a Canada Labour Code holiday, not an Employment Standards Act holiday. Ontario did not recognize the holiday. Therefore, the September 30 holiday does not apply to Ontario workers unless they are special and rare workers regulated by the federal government. In other words, September 30 is not a holiday in Ontario unless you work at a bank or an airline (for example) or if your employer voluntarily recognizes it.

It is not unprecedented that federal holidays are not followed in Ontario and vice versa. For example, Family Day is a government of Ontario statutory holiday, not a federal holiday, and it only applies to Ontario regulated workplaces. The federal government does not recognize it. Likewise, Remembrance Day is a federal holiday that federal workers in Ontario get to take off, but all other employees in Ontario (which is the vast majority of Ontario workers) do not get a holiday on Remembrance Day because it is not a holiday recognized by the provincial government.