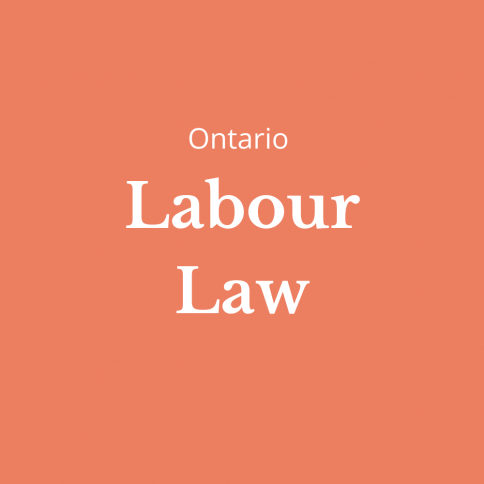 Employment law, on the other hand, is the set of rules regulating the non-unionized workplace.

In unionized workplaces, a collective bargaining agreement establishes the terms and conditions of employment in place of employment law legislation such as the Employment Standards Act or individual employment contracts.

What are the Special Rules in Labour Law?

The employees subject to a CBA are called a “bargaining unit”.

A collective bargaining agreement is a deal negotiated between the employer and the union regarding almost every term and condition of employment for applicable employees.

How to find a CBA? Check the website of the union for a copy of the CBA. Most union “locals” keep their CBA on their website.

A CBA will cover most terms and conditions of employment and the rights of employers and employees. Some of the more common terms in a CBA include:

Lastly, arguably the most notable item in a CBA is the “grievance” procedure. This is what really differentiates labour law and employment law.

A grievance is a process for dealing with an allegation that one of the parties has breached the CBA. Yes, employers can bring grievances.

In employment law, there are no grievances. In employment law, the only recourse analogous to labour law protections is an expensive injunction and even then; the court has limited powers to order employers to do anything. For example, a court generally cannot award an employee his job back, but a grievance can.

On the flip side, unionized employees generally cannot sue their employer – they have to go through the grievance procedure. In this regard, labour law is unique in that workplace disputes must first usually be settled by dispute resolution, and not the courts, unlike employment law. As such, unionized employees who are wronged by the employer cannot hire a lawyer to write a demand letter or sue. They must complain as per the procedures set out in the collective bargaining agreement, and they must use their trade union’s chosen lawyer. To that effect, for example, a unionized employee cannot launch a negotiation or lawsuit for more severance. Unionized employees are only entitled to a severance amount as per their CBA, which is usually quite low.

This steps below are an example of a typical grievance procedure, but any collective bargaining agreement may have a different process.

The grievance is submitted in writing. A manager will meet with the employee in an attempt to resolve the grievance.

If the grievance remains unsettled after step one, the griever may request an appeal (usually with a supervisor or board of supervisors).

The decision of the arbitrator is final.

In Ontario, unions must fairly represent all employees in the bargaining unit, and a breach of this “duty of fair representation” gives an aggrieved employee the right to file a complaint with the Ministry of Labour.

The duty of fair representation requires a union not to act in a manner that is arbitrary, discriminatory or in bad faith.

In Canadian Merchant Service Guild v. Gagnon, [1984] 1 SCR 509, the Supreme Court of Canada determined the following points about the duty of fair representation:

We do not represent unionized employees, but If you are an employer facing a union drive, please contact us; our law group will act for employers in those circumstances.