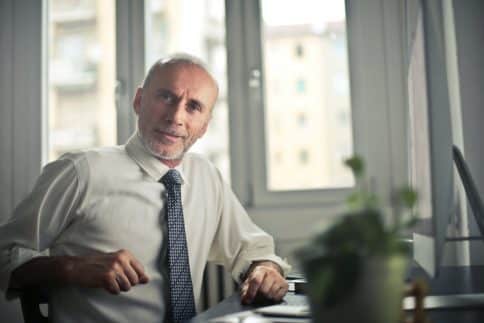 Employers sometimes ask me – what is the maximum amount of notice we need to give long-standing employees upon termination?

How Much Notice for Long-Term Employees Upon Termination?

I used to tell them 24 months was the maximum notice an employee was entitled to upon termination. However, since the beginning of 2016, I now have to tell employers that 26 months is the new maximum. This was the result of the Ontario Court of Appeal’s January 2016 decision of Keenan v. Canac Kitchens Ltd., which established, at this court level, for the first time to my knowledge, that 26 months was reasonable notice in exceptional circumstances, thus confirming to the lower courts that there is no 24-month cap on notice.

This Court of Appeal approved “no 24-month cap” on notice has just trickled down to the lower courts.

A recent case at the Ontario Superior Court has similarly awarded 26 months’ notice in what can be considered exceptional circumstances. There, in Dussault v. Imperial Oil Limited, the plaintiffs both claimed that they were entitled to more than 24 months’ notice.

In determining how much notice the plaintiffs were entitled to, the court quoted the well-established factors to be considered in determining the period of notice:

The second Plaintiff, Ms. P, was employed by Imperial for 36 years. She was 57 years, she worked as a manager, and she earned $156,700 at the time of termination.

In the result, the court award 26 months’ notice.  The court held that the plaintiffs’ circumstances were similar to those in Keenan v. Canac Kitchens Ltd.:

Lawrence K and Marilyn K worked for Canac for approximately 32 and 25 years respectively. Together, their average length of service was 28.5 years. They were 63 and 61 years of age at the time of termination. They held supervisory, responsible positions in which they oversaw the installation of Canac’s products and met with Canac’s customers as its representatives.… These circumstances justify an award in excess of 24 months and I see nothing wrong in the trial judge’s finding that 26 months’ notice was reasonable.

The court in Dussault v. Imperial Oil Limited continued along, finding that the plaintiffs’ circumstances were, like in Keenan v. Canac Kitchens Ltd., somewhat exceptional, and thus deserving of 26 months’ notice, given their (i) extraordinary length of service, (ii) older age and (iii) the fact that similar managerial jobs had a lower pay scale than their generous salaries at Imperial.

Take Away for Employers

Employers need to be aware: If an employee has extraordinary years of service (25 or more) is older (55+) and is a manager, then a court would consider their circumstances to be “exceptional” and therefore worthy of 26 months’ notice.  I do not however believe employees need to make more than $100,000 for their case to be deemed “exceptional” and thus deserving of 26 months’ notice, as several of the cases I have now reviewed which awarded 26 months’ notice included plaintiff employees who made far less than $100,000 (including the plaintiffs in Keenan v. Canac Kitchens Ltd.). Accordingly, my rule going forward is as follows: older managers with 25 years’ experience deserve 26 months’ notice of termination.

Finally, I am sure one day the Court of Appeal will confirm there is no 26-month cap on notice and enforce an award of 28 months’ notice. I will wait to see, but I expect in that case the employee will have worked 40 years, was a manager, and was over the age of 70 at the time of termination.