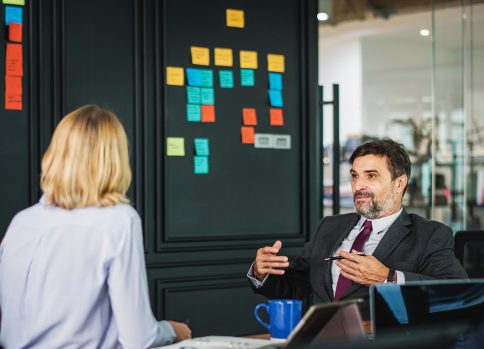 What is a Performance Improvement Plan?

A performance improvement plan or “PIP” is a document that employers give to employees that can serve a mixture of two goals: (1) actually helping the employee improve and/or (2) building a case to terminate the employee.

Frist, a PIP helps an employee improve by setting out what is expected, what the employee is doing wrong and how to fix it going forward.

Second, a PIP documents evidence of an employee’s misconduct or performance issues, and makes a formal warning of “progressive discipline” that unless the issues are fixed, discipline, including termination may follow.

How Does a Performance Improvement Plan Help Employees

In addition, as will become abundantly clear below, a PIP always includes a threat that failure to fix the employee’s issues may result in termination, perhaps with cause. In case of performance issues, this is usually achieved by including a set of objectives and a reasonable timeline by which those objectives must be achieved. Alternatively, if there is misconduct, or some other wrong like habitual tardiness, a PIP should include a zero-tolerance warning that any more of that behavior will result in immediate termination.

How does a Performance Improvement Plan affect Termination?

It is no secret that Performance Improvement Plans are not always used to fix a problem, per se. More often than not, in my experience, the Employer just wants them out, which can be OK too so long as the employer goes through the motions.

Accordingly, most employers use a PIP to build a case for just cause termination (this doesn’t mean they will actually allege cause in the end though), which unlike a without cause termination, requires evidence of wrongdoing. Thus, a PIP is actually really used to put in the employer’s back pocket something that will demonstrate to a court down the road in a wrongful dismissal lawsuit that there is evidence supporting just cause. In this regard, in a wrongful dismissal lawsuit, a PIP takes the form of evidence of (a) an issue and (b) progressive discipline, which is often a requirement to prove just cause especially in case of performance issues or escalating incidents of minor misconduct.

A PIP is admissible in court and it can carry more weight than oral evidence because it will have been written contemporaneously with the issues complained of rather than recollected on the witness stand years later once the wrongful dismissal lawsuit finally gets to court. Indeed, legal scholars have opined that “the fact that one party made notes of a [performance/misconduct] meeting and the other side did not has been considered by the courts as a factor in accepting the version of the party that did take notes” (The Law of Dismissal in Canada, Third Edition).

Will a Performance Improvement Plan Always Help Prove Just Cause?

An employer’s evidence of progressive discipline taking the form of a PIP does not always equate to success in proving just cause in court. To determine if there was just cause to terminate an employee, a judge will examine all of the facts of each case using a contextual approach. A PIP will be just one of the facts of the case.

To ensure a PIP carries the most weight in court, employers need to ensure they do not make conflicting statements or actions to employees under a PIP. Such employer behavior sends a message to the court that the PIP wasn’t serious enough. For example, salary increases in the PIP period should be avoided; and if employers use performance ratings, the lowest rating should be given to PIP employees.

Finally, employers need to ensure they did the PIP properly, meaning: