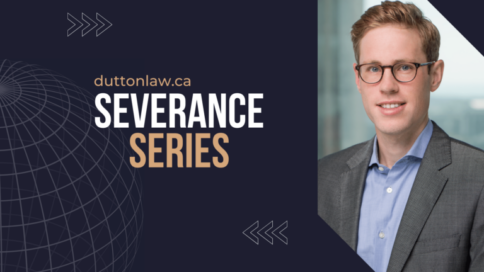 Typically, short-term employees with only a few years or less seniority get proportionally more severance than their longer-standing peers.

The reason short service employees get proportionally more severance than longer standing employees is that there is a considerable buffer of around, generally, one and a half to three months’ severance for all short employees even if they were terminated after just one day. On the contrary, long-term employees are not provided such a buffer by the law.

At its foundation, severance is paid in place of the period it should reasonably take a terminated employee to find comparable employment.

Except in low-paid general labour jobs, it takes all individuals weeks to prepare a resume, apply, interview (often multiple times at the same employer, today) and get an offer. Even if someone was the perfect candidate, there are still hoops and delays to stick handle that simply takes time. And employees who tend to work for major corporations that tend to require multiple interviews for months on end can multiply the amount of time it takes to land a job from a solid lead.

Accordingly, I would posit that the common law recognizes that short-term employees should be afforded a buffer of several weeks’ severance at a minimum because it is simply impossible to get rehired anytime before then. They need a minimum period of time to find work, and I would argue this minimum period of time is at least one and half months, as a starting point.

On the contrary, I would posit that long-term employees do not enjoy such a buffer because they are already, at common law, entitled to many months of severance, and therefore they do not require such minimum severance monies to “buffer” them. Not to mention, increased severance for long-term employees is seen by the common law as not a “buffer”, but a “cushion” in light of advancing age.

Calculating severance, at common law, as mentioned in many of our previous blog posts, requires an examination of an employee’s (1) age, (2) length of service, (3) character of employment, and (4) availability of similar employment having regard to the experience training and qualifications of the employee.

The determination of the length of the applicable period of reasonable notice is always more difficult with short service employees. Reference to case law is often not of particular utility (Ilescu v. Voicegenie Technologies Inc.).

Where an individual works in a lower-paid, low-level job that is easy to replace upon termination, they may generally be afforded just around a month and half of severance at common law, while workers in highly senior positions that are far more difficult to replace upon termination will be afforded disproportionately higher severance (even as high as twelve months’ severance). Short-term workers, in the middle, who occupy management positions in relatively sophisticated fields may be afforded generally, around four to five months’ severance.

For example, In Love v. Acuity Investment Management Inc., the employee was 50 years of age at the time of termination following 2.5 years of service. He was a well-paid chartered accountant who held a senior-level sales position but did not manage other people. He was not induced to join his employer. In all of these circumstances, the court awarded him five months’ severance, inclusive of his base salary and all his incentive compensation.

For more, in my Average Severance Pay in Ontario infographic, I showed that short term employees in all occupations with 0.5 to 2.5 years of service receive around 2.6-3.8 months of severance for every year of service depending on if they were a manager or not.