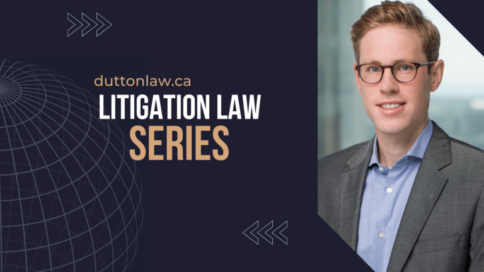 Unfair dismissal is not a legal concept in Ontario or anywhere else in Canada. Simply put, there is no such thing as an ‘unfair dismissal’.

Rather, you might have heard of ‘wrongful dismissal’ or ‘unjust dismissal’. These are real concepts of illegal terminations.

Wrongful dismissal is when any non-unionized employee is terminated without enough severance.

Unjust dismissal is when a federally regulated non-unionized employee is terminated without a valid reason.

Wrongful dismissal and unfair dismissal are not the only concepts of illegal job termination in Canada.

It is an illegal termination when someone is terminated because of discriminatory reasons. This is called a termination in breach of human rights.

It is also an illegal termination when someone is terminated in retaliation for reporting a concern with health and safety or minimum employment standards. These are called reprisals.

✅In summary, these are the kinds of terminations that are not lawful in Canada:

There are no other kinds of illegal terminations in Canada other than the ones described above. Accordingly, there is no concept of an illegal ‘unfair dismissal’ in Canada.

Perhaps the misconception around the term ‘unfair dismissal’ stems from the fact the UK and other commonwealth countries have an Unfair Dismissal scheme. People who moved to Canada from the UK or Australia may mistakenly believe we have a similarly named employment law scheme.

Do Employers Have to be Fair?

While Canada does not have an unfair dismissal scheme, Canadian employers do have an implied ‘duty of good faith and fair dealing’ in the manner of dismissal.

❌The duty of good faith and fair dealing in the manner of dismissal does not protect an employee from an arguably “unfair” decision to terminate. “Unfairness” is too subjective, and, at the same time, employers have a common law right to do as they please unfettered by a court second-guessing their staffing decisions.

🔮Whether or not Canadian employers owe employees a duty of good faith and fair dealing before an employee’s dismissal (i.e. during the whole term of employment) is murky and unsettled. The Supreme Court of Canada even recently declined to answer this very question (Matthews v. Ocean Nutrition Canada Ltd, 2020 SCC 26, paragraphs 84-86).

Conclusion: No Such Thing as Unfair Dismissal

In summary, at present time, employers are free to dismiss an employee for arguably unfair reasons in Ontario and across Canada. Only when an employer treats an employee unfairly after they have decided to terminate them will it be illegal.

To avoid a finding that it breached the duty of good faith and fair dealing in the manner of dismissal, employers would be wise to conduct all terminations in a candid, reasonable, honest and forthright manner.