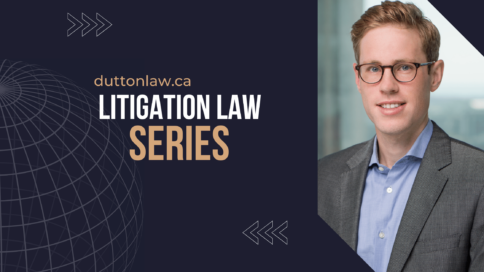 With remote work as common as it is today, many employees and employers are still wondering, is slacking off or running an errand during the workday time theft?

The law is still unclear about remote work. Working from home only became the norm for office workers less than two years ago and it takes years for the law to settle.

However, we can speculate on the law of time theft as it applies to work from home using already well-established labour and employment common law and its analogies to the nuances of remote work.

My theory is this: Work from home employees will be granted leeway by the courts for conduct that is not work-related during the workday. Most allegations of just cause will fail.

The Law of Time Theft and Traditional Work

Employees could always be fired anytime for any reason or no reason at all so long as they are provided severance. In rare cases, however, employees can be fired without severance if they commit “just cause.”

Just cause is defined in Ontario’s Employment Standards Act as “wilful misconduct, disobedience or wilful neglect of duty that is not trivial and has not been condoned by the employer.”

Historically, time theft was just cause in some cases because it constituted one of either ‘willful misconduct’ or ‘wilful neglect of duty’.

However, time theft was not just cause in every case. Just cause is the death sentence in labour and employment law and it is therefore very difficult to prove. The employer must show that the employee’s conduct was so serious that he or she can no longer be trusted. The courts will determine whether the so-called death penalty fits the crime by weighing the employee’s misconduct versus certain factors, including but not limited to:

What is Time Theft?

Time theft occurs when an employee is compensated for the time that they have not actually worked (HR Reporter). For example, classically, it is time theft when an employee punches a clock for a normal day’s work even though they leave early or arrive late.

It was generally not considered time theft when an employee simply slacked off and browsed the internet or read their phone while at work.

Time theft requires an element of an intent to defraud.

An employee who is just wasting time at work is not actually taking the company’s property fraudulently. He or she is therefore not violating the relationship of trust in the same way as someone who engages in a scheme to have his or her timecard falsely swiped (See: Unite Here Local 75 v FairNOBT Royal York Hotel, 2012 CanLII 3872 (ON LA)).

Nevertheless, excessive use of the internet can still technically be serious misconduct and a breach of most employers’ policies. In extreme cases, spending excessive time on the internet or on the phone every day could be grounds for just cause if the employer has policies against such conduct, the employee was repeatedly warned against it, the employer never condoned it, and the websites visited were particularly shady (See: General Dynamics Land Systems v National Automobile, Aerospace, Transportation and General Workers Union (Caw-Canada, Local no 27), 2012 CanLII 86240 (ON LA)).

In summary, before work from home became the norm, faking how much an employee worked was time theft worthy of summary dismissal while slacking off was normally not. Time theft fraud is serious misconduct that is routinely just cause for termination while simply slacking off is usually never enough, on its own, for a just cause termination. However, repeated instances of slacking off at work, despite warnings and without condonation could be just cause if the nature of the business and standards of work demand an employee’s attention at all times.

The Law of Time Theft and Work From Home

The circumstances of working from home versus in an office are different, so examination of the factors concerning just cause will be different. At the same time, we need to consider that at home, we have family members and pets and other distractions like the mailman and maintenance people. It will be impossible for everyone to focus on work at home all day.

Everything depends on context.

It will not be time theft and it will not be just cause if an employee, in a suitable position, occasionally slacks off, browses the internet or runs an odd errand.

For example, a lawyer who works from home and gets her work done on time cannot be fired for cause for grocery shopping in the day. It would be nonsensical. Likewise, an IT worker who is working from home is allowed to turn off her computer and pick her kids up from school if, in her good judgment, she is not missing any important and time-sensitive work. In both instances, as further examples, the lawyer and the IT person are allowed to occasionally surf Instagram, in my opinion, just as they were always allowed to do before the work from home shift occurred. All that matters is that workers are reasonably getting their work done and on time.

As an opposite example, someone who works an hourly job who is expected to be by their desk all day, like a call centre representative, may be reasonably required by the law of just cause to stay home and avoid outside errands that are not an emergency because their whole job depends on them sitting by their computer waiting for a call. The context simply requires it and there is little room for leeway here. But, this kind of employee would still be permitted to get up and eat, browse the news and clean up their room so long as they were in earshot of the phone.

The best advice for employees: Don’t lie about non-work activities and don’t conduct a side business during the workday without permission. It will be time theft and just cause if an employee intentionally misleads and defrauds an employer for time if he or she is conducting a side business or lying about running errands or saying they completed work when they actually did nothing at all.

Misuse of employer-provided internet access to engage in money-making activities during time paid for by the employer is more troubling than misuse involving checking personal email or sports scores during down time.

Best Practices for Employers of Work From Home Employees

If an employer wants to guard completely against extra-curricular activities during the workday while employees are WFH, it should make a policy prohibiting any conduct that is not work-related outside of work hours that is reasonable and issue warnings when such conduct occurs. However, be warned: if an employer wants to treat its employees that way, with no leeway for the occasional break at home, then the employer better be prepared to have turnover issues. In today’s age, most employees will just leave an employer that treats them that way.

Top Tip: As I discussed above, an employer is free to fire anyone for slacking off at home so long as it fires them without cause. To avoid any litigation about whether conduct that is not work-related during the workday constitutes just cause, employers should just fire the employee without cause and pay them their severance. I believe this will become the preferred avenue for terminating mediocre employees who are wasting their employers’ time at home over prolonged periods.