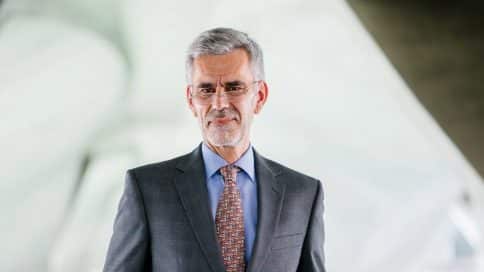 There is no rule that 24 months’ is the absolute maximum amount of reasonable notice a long-standing, senior employee can receive in Ontario (see my earlier blog post on the topic here). To that effect, in Lowndes, the Ontario Court of Appeal observed that calculating reasonable notice is “case-specific” and, while there is “no absolute upper limit or ‘cap’ on what constitutes reasonable notice, “exceptional circumstances” may support a notice period in excess of 24 months.

In that regard, Ontario courts have awarded upwards of 30 months’ maximum reasonable notice in various cases where, generally, the employee was an older manager with around two or three decades of service, including:

Yet in 2018 in Dawe, the court shocked the employment law bar, wherein Justice Gordon stated (as obiter) [at para. 36]: “…I would have felt this case warranted a minimum 36 months’ notice.” In that case, the employee was a Senior Vice President (sales), age 62, with a tenure of 37 years. Soon after, plaintiff-side employment lawyers began writing demand letters or suing for the new supposed maximum – 36 months’ reasonable notice.

However, much to the relief of employers, in June 2019, the Ontario Court of Appeal overturned Dawe. Writing for the unanimous Court, Trotter J.A. held that 24 months was more appropriate:

I agree with the motion judge that Mr. Dawe’s circumstances – including his senior position, career-long years of service at the same company, age at the time of termination, and his difficulty in finding new employment – warranted a substantial notice period. However, there was no basis to award Mr. Dawe more than 24 months’ notice.
Mr. Dawe’s circumstances are similar to those of the employee in Lowndes. Mr. Lowndeswas 59 years old at the time his employment was terminated. He had worked for the appellant employer for approximately 28 years, and held a management and director position at the time of termination. In concluding that exceptional circumstances had not been established, Cronk J.A. recognized Mr. Lowndes’ status as a long-term employee who had exhibited loyalty and dedication to the employer’s business over most of his working career. However, she noted that the base notice period of 24 months “recognizes” and “rewards” these factors, and constitutes the “high end of the appropriate range of reasonable notice for long-term employees in [Mr. Lowndes’] position”.
I would allow this ground of appeal and reduce the notice period to 24 months

Lawrence Keenan and Marilyn Keenan worked for Canac for approximately 32 and 25 years respectively.  Together, their average length of service was 28.5 years.  They were 63 and 61 years of age at the time of termination.  They held supervisory, responsible positions in which they oversaw the installation of Canac’s products and met with Canac’s customers as its representatives.  For over a generation, they were Canac’s public face to the outside world.  Over a period of approximately thirty years – the entirety of their working lives – the Keenans’ income had come from Canac and they relied on that income to support themselves and their family.  Even during the approximately two years that they provided some services to Cartier, a “substantial majority” of the Keenans’ work continued to be done for Canac.  These circumstances justify an award in excess of 24 months and I see nothing wrong in the trial judge’s finding that 26 months’ notice was reasonable.

Nevertheless, the employment law bar will wait and see what the courts flush out as “exceptional circumstances” following Dawe. In the meantime, in the wake of Dawe, employers can safely calculate reasonable notice with a 24-month cap unless the employee in question is a senior executive, age 65 or above, who worked longer than perhaps 32 years.

Read more about Average Severance Pay in Ontario for all employees.

If you need assistance on calculating reasonable notice for senior employees and executives contact an employment lawyer at Dutton Employment Law.