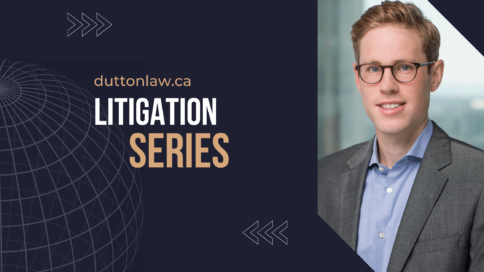 Employers are allowed to give a bad reference in Canada.

The law is clear: If an employer wants to communicate negative comments about a past or present employee, it is free to do so.

There are no employment standards rules or regulations about job references in Canada. Rather, the legal framework for reference letters is the age-old common law of “defamation”.

Accordingly, in line with the law of defamation, the law of bad references is this: Employers are allowed to make defamatory statements (i.e., bad references) about past or present employees so long as they have one or two of the classic common law defences to defamation.

There are two classic common law defences to defamation:

In short, the defamation defences Justification and Privilege can be summarized as follows:

Justification defeats defamation when the bad reference is substantially true.

For the defence of justification, the employer needs to be sure the facts in the bad reference are true. To that effect, the employer should conduct a reasonable investigation before stating some negative fact about someone in some correspondence to future employees. For example, if it were to say an employee was guilty of theft, it had better be sure the employee committed the theft.

To avoid a finding of malice, employers should write the reference professionally, reasonably considered and without emotion. They should simply state what they believe their employee did or failed to do without expressing some kind of hurtful ill will.

Is it illegal to give a bad reference?

As discussed above, it is not illegal to give a bad reference so long as the reference is factual or an honest opinion not motivated by malice.

To avoid any liability for a bad reference, an employer had better make sure to:

Note: I have never heard of an employer suing a person’s former employer for giving a positive reference that they relied on to hire that person when that person turned out to be problematic.

Can you sue for a bad reference?

As discussed above, an employee can sue for a bad reference because generally bad references are per se defamatory. However, unless the bad reference was a lie or a strongly negative opinion written in bad faith, then the employee will lose and have to pay the employer’s legal fees. Hence, even though an employee can technically sue for a bad reference, it had better seriously examine whether it is worth the risk. If the bad reference is clearly a lie, it might be worth it, but, if not, it could be a huge waste of time and money. Employers have classic defences to defamation at their disposal and because of that, it is important to appreciate that defamation is very difficult to successfully prove.

Dutton Employment Law represents employees and employers in Ontario. Call us for a free phone consultation.