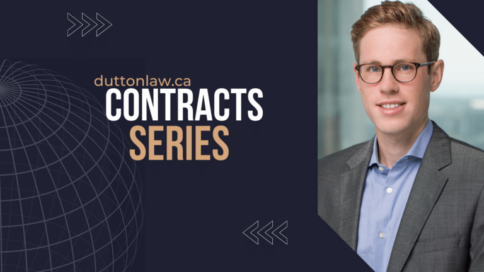 Employment Standards and Other Employment Law Legislation and Common Law

When an employee works in Canada, they are protected by the employment law of their country and province.

When an employee works in one province, but travels to another province or even another country for a short trip on a temporary business, again, they are protected by their home country/province’s employment laws.

However, when an employee leaves a province to go work full time in another country, on a long-term, essentially indefinite basis, they are no longer protected by their home country/province’s employment laws. The employment laws of their new jurisdiction now apply to them.

It is not so much an issue when a Canadian employee moves just to a different province because generally, all Canadian provinces offer generous employment standards and certain common law and federal protections like EI will still apply. However, some different countries do not provide workers nearly as many employment rights. For example, some states in the US, have “at will” employment laws which mean employers do not have to provide any severance to employees upon termination. Not to mention, some other countries that are popular because of a low cost of living may have weaker minimum employment standards than most Canadians are accustomed to.

In this sense, it is important for Canadian employees (and employers) considering a remote work position in another country to research the employment laws of their new country.

Here is the short of it: Canadian/provincial employment law jurisdiction does not travel across borders when someone moves away. It does not matter that a worker technically works for a Canadian employer in a different country. All that matters is where the employee works in determining employment law application, generally. Wherever the employee works, the laws of that jurisdiction will apply. If someone moves to Indonesia to work remotely for a Canadian firm, the employment law of Indonesia applies to the employee. Stating that “Canadian law applies” in the contract is not enough.

An existing employment contract will travel with an employee when they move.

If an employee had an employment contract before they left to move to another country for remote work (with permission), their employment contract will still apply, and all the terms and conditions of employment explicitly included in their contract will carry over to the new country. For example, if an employee had a termination clause in their contract providing them with 24 months of severance if they were terminated, then they would still be owed the 24 months’ severance upon termination even if they moved to a jurisdiction that does not provide severance, like an “at will” state in the US.

In this regard, it would be prudent for an employer to ask an employee to sign a new contract before allowing them to move away for remote work in another jurisdiction so it can rewrite more favorable terms, not to mention catch all the relevant local minimum standards laws/tax/payroll etc. issues in their new jurisdiction so the contract is never held to be unenforceable by a court over there. At the same time, the employer should always include a return-to-work clause that allows the employer to recall the employee back home without breaching the contract. Chances are a current contract, if it was written before covid-19, does not include such a clause.

Read More: How Canadian Companies Can Hire A Remote Worker