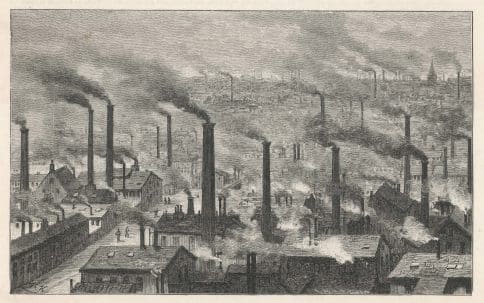 There is no such thing as ‘at will employment’ in Canada. The concept of ‘at will’ employment simply doesn’t exist here. In Canada, under the common law, absent just cause for dismissal, employees are per se hired for an indefinite term and they are thus entitled to reasonable notice of termination or pay in lieu.

What is ‘At Will’ Employment?

Likewise, at will means that an employee is able to leave his job at any time for no reason and no notice.

If an employer were to put in a clause in a Canadian employment contract that the employee’s employment is “at will”, then that clause would be illegal and it would be severed by the court. In the result, the contract would automatically convert to an implied contract of indefinite employment to which the parties could only terminate the contract by reasonable notice. Breach of this implied term will result in an action for damages by the dismissed employee. See: Honda Canada Inc. v Keays, 2008 SCC 39 (CanLII) at para 50, [2008] 2 SCR 362.

Many US based employers who didn’t have the luxury of Canadian employment law advice mistakenly reuse their American employment contracts that contain at-will clauses in Canada. This is a costly mistake and one we see very often even from sophisticated companies. Canadian counsel could have advised them that although we follow the law of common law reasonable notice in Canada, properly drafted employment contracts can heavily limit the quantum of reasonable notice owed to an employee in Canada.

The History of Reasonable Notice

Osgoode Hall Law Professor David Doorey recounted that about 150 years ago in England, a concern in early employment contract law was ensuring agricultural employers had sufficient labour to complete the harvest.  As a result, the courts developed an implied term in employment contracts that employment was implied to last at least one year. On the other hand, a one-year contract also encouraged employers to pay workers through the agricultural off season, so that those workers did not become a social burden to their village. To that end, English judges made the common law such that employment contracts were only terminable by one party providing notice of termination of a length equal to the period remaining on the contract (i.e. one year or less). Most common law jurisdictions in the world followed this model as their courts developed, except one notable exception – the United States.

Difference between the USA and Canada Notice of Termination

The United States diverged from the British common law that implied a notice period into employment contracts. The United States generally follows the British common law but by 1870, employment law in the United States was confused, with courts going in diverse directions. In 1877, a treatise (i.e a text book) writer, Horace Wood, made an error interpreting the case law, and distinguished the English decisions with a dogmatic declaration that all indefinite hirings were at will. The common assertion is that Wood simply made the rule up with absolutely no supporting authority. This poorly researched and misstated treatise is considered to be the source of the American employment ‘at will’ rule.

Notwithstanding its dubious foundation, the at will employment rule was adopted in all U.S. states except Montana. Most courts offered no rationale or analysis for substituting the at-will doctrine for the common law presumption of reasonable notice. By the arrival of the twentieth century, the at-will doctrine was well-established throughout the United States.

The reason the USA adopted Wood’s misstated ‘at will employment’ law can be summarized by America’s “laissez-faire” economic policy and its tendency to favor freedom to contract, expansionism, social Darwinism, and rugged individualism (See Wrongful Discharge: The Erosion of 100 Years of Employer Privilege, 21 Idaho L. Rev. 201, 202 (1985).

Professor Doorey says that Canadian courts did not want ‘at will’ contracts because that would permit employees to walk away from work or ‘strike’ too easily.

“…most employers did not want employment at will…. They usually hired employees on weekly, biweekly, or monthly pay periods and the courts often implied reasonable notice periods which corresponded to the pay period.  The notion of at will terminability was not sought by employers, nor was it implied by courts in the face of silence, because the requirement for some period of reasonable notice, albeit in most cases a very short period for industrial workers, was vital in enabling employers to obtain judicial assistance to stem collective action [i.e. strikes’ by workers]

Furthermore, it is well established that Canada generally did not tend to hyper-focus on “laissez-faire” economic policy and it is known that Canada does not so heavily favour expansionism, individualism and social Darwinism as the United States had. Not to mention Canada’s loyalty to the Crown.

Later, the law of reasonable notice evolved in Ontario and spread to the rest of Canada in the famous 1960 decision of Bardal v. Globe and Mail:

“In the case of master and servant there is implied in the contract of hiring an obligation to give reasonable notice of an intention to terminate the arrangement.”

Differences between the law of employment termination in USA and Canada

In the United States (except Montana) an employee can generally be terminated for no reason and with no notice (i.e. severance) because it is an ‘at will” jurisdiction. However, Canada is a ‘common law’ jurisdiction. In Canada, unless there is just cause for an employee’s termination or the employee has an enforceable termination clause in their contract (that at least meets provincial minimum standards), the employer must provide reasonable notice or pay in lieu of notice. Calculating reasonable notice (also known as severance) is not a simple formula – it is an art developed over time by employment lawyers.

Dutton Employment Law practices Canadian employment law on Bay Street in Toronto’s financial district. Call us for a free consultation on how we can help you or your company.