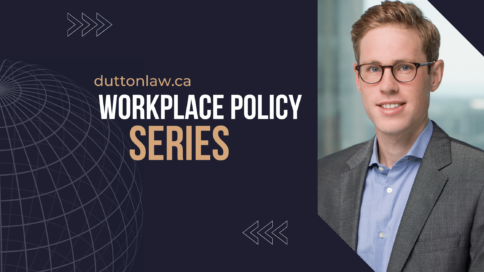 Hence, I wanted to add three caveats to this article to help Canadian workers navigate the current landscape.

First, the article opened with this:

“Legal challenges of employer vaccine mandates and health measures are being tossed out as arbitrators in Canada largely side with the need to maintain safe workplaces during a pandemic, legal experts say.

Most of the cases with rulings so far involve employee grievances in unionized workplaces, which have an expedited decision-making process compared with the courts, they say.”

But why did the article say that “most” of the cases with rulings so far involve employee grievances in unionized workplaces?

To my knowledge, no non-unionized workplace decision vis-a-vis vaccine mandates has been issued by a court in Canada. Thus, all of the cases with rulings so far involve employee grievances in unionized workplaces.

This means that for over 70% of Canada’s workforce, the headline does not apply.

Labour grievances are reserved for the just 30% of Canadians working in a union, the vast majority of whom work in the public sector, which has statutory powers to issue laws and orders that all other Canadian employers do not possess.

Number two, none of the labour law decisions cited in the article affirmed that employees could be disciplined or fired for failure to get the vaccine alone. Failing to get the vaccine, alone, and not in conjunction with some other covid health and safety policy breach, does not justify termination, yet.

In Teamsters Local Union 847 v Maple Leaf Sports and Entertainment, 2022 CanLII 544 (ON LA), the issue was about whether employees had to disclose their vaccination status or else, not whether the vaccine shot mandate was enforceable. This is an important distinction because I would argue that simply requiring the disclosure of vaccination status will likely be upheld as more reasonable than employer-forced vaccinations.

In Ontario Power Generation v The Power Workers Union (not yet available on CanLII, but here is a source), the arbitrator actually ruled in favour of the employees in that the employees will have a choice – get vaccinated or get twice-weekly tested, and that the employer must cover the cost of the test.

In Bunge Hamilton Canada, Hamilton, Ontario v United Food and Commercial Workers Canada, Local 175, 2022 CanLII 43 (ON LA), the arbitrator found that the vaccine mandate was reasonable because the employer’s landlord, an airport regulated by the Government of Canada, required it for all persons in the facility. However, importantly, the arbitrator stressed that the arbitration would not decide or opine on whether the employer could suspend or terminate employees who refused to get a vaccine. That would be its own grievance (which has not occurred).

Regarding the Hydro One decision cited in the article, I could not find this case on the internet or in legal databases. However, even the article makes clear that the employer Hydro One did not require vaccines or else. Hydro One’s vaccine mandate was apparently reasonable because it had an alternative: mandatory testing.

There is actually a decision, published before the article, which was not cited by the article that found that the unionized employer could not suspend or fire unvaccinated employees just for being unvaccinated. Why leave this case out? Is this not the most important case in Canada dealing with vaccine mandates at work because it is the only one that holds whether or not employers can punish employees for refusing a vaccine?

In that case, Electrical Safety Authority v Power Workers’ Union, 2022 CanLII 343 (ON LA), the grievance was successful and Arbitrator Stout ruled that the affected employees should not be disciplined or discharged for failing to get vaccinated, alone. Importantly, this case concerned a mostly remote workplace. If this case occurred in, for example, a hospital, it could have had a different result.

Thus it seems to me that the current law of vaccines mandates in the labour law context is this: Vaccine mandates won’t be enforceable at all workplaces. And a vaccine mandate may not be enforceable if there is no reasonable alternative like testing. At the same time, in all cases, unvaccinated employees must always abide by less intrusive measures like mandatory disclosure, mask-wearing and testing if they want to keep their job.

Number three, the article did not distinguish labour law from employment law.

Thus, even if the cases cited by the article actually held that an employer had the right to fire an affected employee for refusing the vaccine (which none of them did), that wouldn’t affect the tens of millions of Canadians who work a non-unionized job. I wish the article would have pointed this out so Canadians could get a clearer picture of the state of vaccine mandates.

The labour law cases cited in the article were narrowly decided by an arbitrator, not a court, in the context of a specific collective bargaining agreement. I would have liked if the article mentioned that we are still waiting to see how actual courts will decide on the issue of covid mandates in the workplace.

We still don’t have an employment law case from the courts that decide whether covid vaccine mandates are enforceable at present time. We don’t even have a labour law case where an arbitrator upheld the discipline of an employee for refusing a vaccine and nothing else. The longer we wait, however, perhaps the less likely these mandates will be enforced by the courts. Not only is covid waning following Omicron, so is public health’s support for restrictions. Indeed, even Arbitrator Stout in the Electrical Safety Authority v Power Workers’ Union grievance said that the hypothetical legal enforcement of vaccine mandates will be temporal: