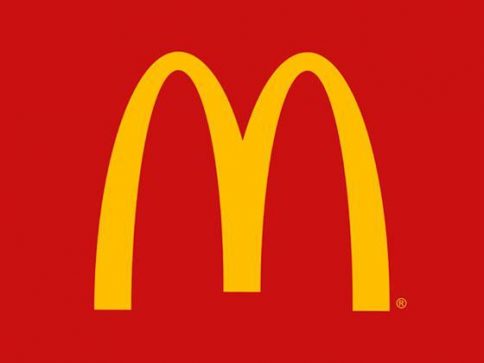 The duty to mitigate is an employment law principle that requires employees who are terminated without reasonable notice (i.e. a wrongful dismissal) to look for a new job. If a new job is found, any monies earned with the new employer reduces the damages that can be recovered from the employee’s former employer as a result of the wrongful dismissal. If however the employee turns down such a position or fails to make reasonable best efforts to find one, then the amount the employee could have earned at a comparable position is similarly deducted from his or her damages, based on a failure to meet the duty to mitigate.

In Brake v. PJ-M2R, the court made a decision favourable for employees vis-a-vis mitigation, holding that mitigation income may not be deductible in certain circumstances; namely: (i) income earned during the statutory notice period, (ii) any income paid by another employer that the dismissed employee worked for simultaneously until termination, and (iii) where a wrongfully dismissed employee is effectively forced to accept a much inferior position because no comparable position is available, the income he or she earns in that position is not mitigation of damages and need not be deducted.

Thirteen years later, in April 2012, PJ-M2R’s owner/operator summoned Ms. Brake to a performance review. Ms. Brake was rated as “needs improvement” and told that because of her performance, she would be placed in PJ-M2R’s progressive discipline program.

In August 2012, PJ-M2R’s owner/operator met with Ms. Brake and told her that she had failed the progressive discipline program and that she had a choice between a demotion to First Assistant or termination. The salary as a First Assistant would have been the same as that which she had been receiving as a Restaurant Manager but the benefits would be inferior.

Ms. Brake refused the demotion. She was embarrassed by the proposed demotion to First Assistant because she would be reporting to people whom she had trained and supervised, and those people were younger and less experienced than she was. She left the meeting and never returned. Subsequently, Ms. Brake sued for constructive dismissal.

In the interim, Ms. Brake worked at Sobey’s as a cashier (where she had worked part-time simultaneously with PJ-M2R, as permitted by PJ-M2R), and later Tim Hortons and Home Depot in low level positions.

Ms. Brake’s argument that she was constructively dismissed by PJ-M2R was successful. The trial court found that when PJ-M2R offered Ms. Brake the non-supervisory position as First Assistant, with “meaningfully inferior” benefits, it unilaterally made a substantial or fundamental change to her employment contract. In so doing, it had constructively dismissed her.

In the result, Ms. Burke was awarded 20 months’ notice, with no monies subtracted for mitigation for the funds earned at Sobeys, Tim Hortons and Home Depot.

The Ontario Court of Appeal court had no difficulty upholding the trial court’s finding that Ms. Brake was constructively dismissed. The court applied the two-part test for constructive dismissal as outlined in Potter v. New Brunswick Legal Aid Services Commission, 2015 SCC 10 (CanLII). In this regard, the court confirmed that (i) the demotion was both unilateral and detrimental, if for no other reason than her benefits would have been “meaningfully inferior”, and that (ii) it was “self-evident” that a reasonable person in Ms. Brake’s situation would have felt that a demotion to First Assistant amounted to a change to the essential terms of her employment contract.

PJ-M2R then argued that if Ms. Brake was constructively dismissed, she was obliged to accept the demotion to First Assistant and by failing to do so, she breached her obligation to mitigate her damages. The Court of Appeal, however, did not agree. The court sided with the trial judge, noting that it was “perfectly understandable” that Ms. Brake would have found working under a young person whom she had trained to be humiliating. No reasonable person would have accepted such an embarrassment and returned to work.

PJ-M2R further argued that trial judge’s notice award – 20 months – was too high. PJ-M2R argued that Ms. Brake only had 13 years’ experience, and that 20 months was not within the appropriate range for that amount of seniority.

Nonetheless, the court quickly dismissed this ground of appeal too, noting that PJ-M2R had signed a contract upon hiring Ms. Brake explicitly recognizing 7 years of experience from her employment with the McDonald’s in Newfoundland, resulting in Ms. Brake having the equivalent of 20 years of employment with PJ-M2R. Accordingly, the court found that because Ms. Brake actually had 20 years of service as a restaurant manager, a notice period of 20 months would be within the acceptable range.

The court next considered whether the trial judge made an error in failing to reduce Ms. Brake’s damages award by the amounts that she received during the notice period from Sobeys, Tim Hortons and Home Depot. In the result, the court found that the trial judge was correct not to reduce the damages award by the amounts that Ms. Brake received during the notice period because they were not “amounts received in mitigation of loss”.

When Ms. Brake’s employment was constructively dismissed, she was entitled to two types of compensation – termination and severance pay under the Employment Standards Act (“statutory entitlements”) and common law damages for wrongful dismissal.

Second, the court found that Ms. Brake’s income from Sobey’s was not deductible mitigation income because Ms. Brake had worked there while working full-time for PJ-M2R still. The court held that an employer is normally entitled to a deduction for income earned by the terminated employee from other sources during the common law reasonable notice period. However, for income earned by the employee after termination to be deductible from damages, “the performance in mitigation and that provided or contemplated under the original contract must be mutually exclusive, and the mitigation, in that sense, is a substitute for the other.”

Thus, this case stands for the important proposition that, if an employee has committed himself to full-time employment with one employer, but his employer allows for simultaneous employment with another employer, and the first employer terminates him without reasonable notice, any income from the second employer that he could have earned while continuing with the first is not deductible from his damages.

Finally, the court declined to deduct the Home Depot income (if there was any following the statutory notice period) that Ms. Brake earned during the notice period from her damages for wrongful dismissal due to the fact that this job was not comparable, and she was not required to accept it – she only accepted it because she could not afford not to.

The court thus held that if a wrongfully dismissed employee can only find a position that is not comparable in either salary or responsibility, she is entitled to turn it down, but if she takes the job, the amount she earned is not deducted from her damages. In other words, as the court put it, “where a wrongfully dismissed employee is effectively forced to accept a much inferior position because no comparable position is available, the amount she earns in that position is not mitigation of damages and need not be deducted from the amount the employer must pay.”

The most important employment law principles gained from this case are as follows: