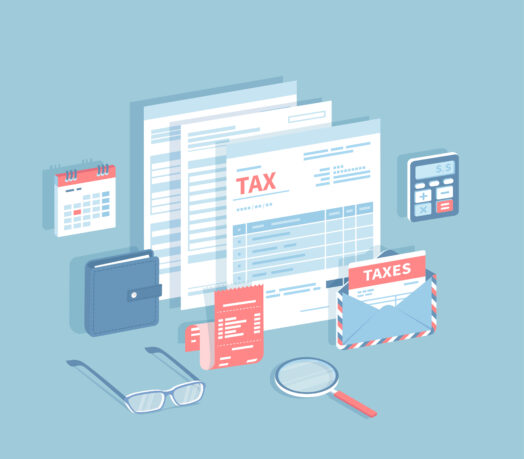 The Canada Revenue Agency (CRA) collects income tax from working Canadians each calendar year (in Canada, the calendar year runs from January 1 to December 31). Taxes are normally due on April 30 following a tax year.

Canada operates a combined income tax rate, meaning individuals pay both federal and provincial income taxes. However, the CRA, a federal government agency, handles the receipt of all income taxes on behalf of the provinces and the Government of Canada, so taxpayers only have to pay income tax directly to one source.

Out of 61 Canadian and US jurisdictions (including the provinces, states, and Washington, DC), Nova Scotia currently has the highest combined top statutory marginal rate (54.00 percent), followed by Ontario (53.53 percent), and Quebec (53.31 percent).

The federal income tax brackets and rates for Canadians for this year (2020) and next year (2021) are listed below.

The provincial income tax brackets and rates for Canadians for this year (2020) and next year (2021) are listed below.

Sarah earns $100,000 per year. She lives in Toronto. Sarah will be taxed by the Federal and Ontario Governments. Canada and Ontario have marginal tax rates, so Sarah’s earnings will be taxed at a higher rate as she progresses up the income tax brackets (see tables above). To that end, Sarah will owe $15,240 in federal income tax and $8,139 in provincial tax or $27,133 in total to the CRA at the end of the year. Sarah’s average marginal tax rate is 27.13%.

There are various ways to minimize income taxes in Canada, mostly through income deductions, moving your earnings into an RRSP or TFSA or other tax credits. Speak to a tax planner or use tax software like TurboTax or SimpleTax to calculate your income tax and learn about ways to minimize your tax bill.

If you are terminated from work, you can read how to limit the amount of tax that is taken off your severance package.