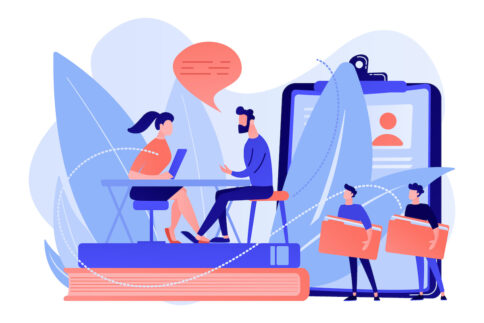 If an employee who is terminated from work demands or sues for more severance, and they subsequently earn new income from new work before their severance matter is resolved, all that new income earned by the employee within the reasonable notice period will be subtracted from any severance claim against the employer.

This is called the concept of “mitigation”.

Think of it this way: If you get in a car accident, and injure your hand, you have a duty to see a doctor, and you could be awarded less money if the doctor heals your hand fully. The same concept applies to employment.

The concept of mitigation was concisely stated by the Supreme Court of Canada in Red Deer College v. Michaels, 1975 CanLII 15 (SCC):

The primary rule in breach of contract cases, that a wronged plaintiff is entitled to be put in as good a position as he would have been in if there had been proper performance by the defendant [i.e. “severance”], is subject to the qualification that the defendant cannot be called upon to pay for avoidable losses which would result in an increase in the quantum of damages payable to the plaintiff. The reference in the case law to a “duty” to mitigate should be understood in this sense.

In short, an employee is entitled to recover severance for the losses he has suffered having been dismissed from work, but the extent of those losses may depend upon whether he has taken reasonable steps to find new work.

If an employee does in fact find new work, then he is said to have “mitigated” his damages, and therefore his severance award will be diminished by the amount of income he “mitigated” (See Red Deer, supra at p 390).

On the contrary, if an employee fails to reasonably attempt to mitigate, then the court may subtract monies from the severance award for such failure to mitigate. Likewise, employees even have a duty to accept reemployment with their former employer (if offered) in order to fulfil their duty to mitigate their damages. (see: Evans v. Teamsters Local Union No. 31).

However, importantly, if an employee diligently attempts to mitigate, but still fails to find new work, then the court will not reduce her severance. This is what happens in most cases. The employee puts together a list of jobs she applied to during the notice period, and the judge is usually satisfied this effort is enough to defeat any argument the employer my have that the employee “failed to mitigate”.

The duty to “act reasonably”, in seeking and accepting alternate employment, cannot be a duty to take such steps as will reduce the claim against the defaulting former employer, but must be a duty to take such steps as a reasonable person in the dismissed employee’s position would take in his own interests – to maintain his income and his position in his industry, trade or profession. The question whether or not the employee has acted reasonably must be judged in relation to his own position, and not in relation to that of the employer who has wrongfully dismissed him. The former employer cannot have any right to expect that the former employee will accept lower-paying alternate employment with doubtful prospects, and then sue for the difference between what he makes in that work and what he would have made had he received the notice to which he was entitled.

Does Mitigation Income Get Deducted From Severance In Every Case?

In addition, new employment income earned during the statutory notice period is not deducted from the award of severance at court (see Brake v. PJ-M2R Restaurant Inc., 2017 ONCA 402 (CanLII) at paragraph 108).

Moreover, income from sources that the employee would have received even if he or she had not been terminated will not be deducted for mitigation. For example, a court excluded from an employee’s mitigation earnings the average annual income he had been receiving from a part-time business he ran on the side of his regular employment before he was dismissed (Coutts v. British Columbia, [1998] B.C.J. No. 2531 (QL) (S.C.), aff’d 2000 BCCA 565 (CanLII) and see eText on Wrongful Dismissal and Employment Law, 2012 CanLIIDocs 1, section 11.3 Contractual Exceptions to Duty to Mitigate).

Furthermore, new employment income taken out of necessity at a “vastly inferior” position is not deducted from severance. The Court of Appeal’s recent decision in Brake stands for the proposition that the courts will not deduct any monies from an employee’s reasonable notice award when they took a job that was far inferior from the job they previously held before dismissal. The court stated at paragraph 159:

The above-noted principle set out in Brake has been followed recently at the Ontario Superior Court. In MacKenzie v. 1785863 Ontario Ltd., 2018 ONSC 3442, the court stated:

[9] Mr. Mackenzie was 65 at the date of termination and had worked in the most senior position in the company for five years supervising 40 – 50 staff. His salary was $65,000.00 per annum. He made efforts to find employment following termination, but was not able to find a job of comparable responsibility or salary in the depressed Dryden area.[10]      The plaintiff took immediate steps to mitigate his damages. He commenced working as a consultant to his wife’s printing company on October 15, 2015 at a salary of $2,000.00 per month and worked until April 15, 2016, a period of six months. On March 1, 2016, he began employment with the Patricia Region Tourist Council, doing promotion, for a salary of $1,500.00 per month. He still works at this job.

[12]      Should the income the plaintiff earned to mitigate his loss of employment after termination be deducted from his notice? The Court of Appeal considered this question in Brake v. PJ-M2R Restaurant Inc., 2017 ONCA 402.  At para. 157, the court held that there is a duty on a dismissed employee to take reasonable and best efforts to find a position comparable in responsibility and salary to that from which he or she was dismissed. Those earning are deducted from damages.[13]      However, the court held that an employee is entitled to refuse employment that is not comparable in salary or responsibility without being penalized for failing to mitigate. At para. 158, the court stated: “It follows, in my view, that where a wrongfully dismissed employee is effectively forced to accept a much inferior position because no comparable position is available, the amount she earns in that position is not mitigation of damages and need not be deducted from the amount the employer must pay.”[14]      Such is the case here. Mr. MacKenzie was obliged to take positions that were inferior in responsibility and salary after his termination. Accordingly, I find that the income earned should not be deducted from the notice period awarded.

Thus, the concept of mitigation in employment can be summarized as follows: