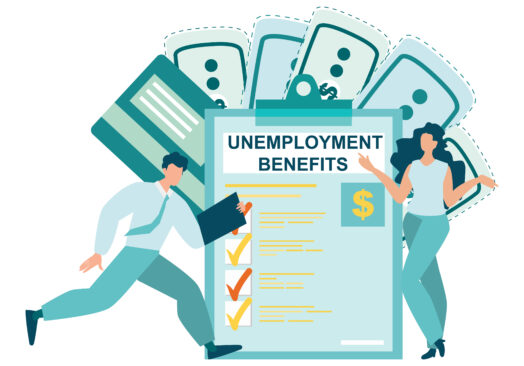 As the CERB winds down on October 3, 2020, Canadians who had to or have to stop working will be a transitioned to a new employment insurance (“EI”) system for EI regular benefits.

In short, the new EI program for regular benefits will be easier to qualify for and it will provide more money for a longer period of time to many workers as compared to the old EI system.

The big changes to the new EI system will be that:

The new EI system will be such that all individuals will only need 120 hours of insurable employment in the last 365 days, which is a major difference between needing 700 hours to qualify for EI under the old system. This means that an employee needs to only have worked around twenty 8-hour workdays (or about one month in actual time in most cases) before he or she is able to qualify for the new EI instead of almost six months.

If an individual lacks 120 hours of insurable employment, they may be entitled to the Canada Recovery Benefit (“CRB”) if they earned at last $5000 in 2019 or in the last year before their application for the CRB.

All individuals will earn at least $500 per week on the new EI system.

All individuals will be entitled to at least 26 weeks of EI under the new EI system.

It used to be that individuals could only get EI for anywhere from 14 weeks up to a maximum of 45 weeks depending on the unemployment rate in their region and the number of insurable hours they’ve accumulated in the last year.

However, under the new EI system, all individuals will be entitled to at least 26 weeks of EI.

For anyone who lives in a region that would have paid more than 26 weeks of EI, they will still be entitled to that higher amount.

Who is Entitled to the New EI?

EI is money from the federal government paid to eligible employees who stop working through no fault of their own (i.e. a termination without cause or a temporary layoff).

An individual is eligible to receive EI regular benefits if:

How Long Will This New EI Last?

These change to EI system are planned to last one year (October 2020 to October 2021). It is assumed that after one year, the EI system will revert back to the old one (so long as Covid-19 is under control and economy improves by that time).

How to Apply for the New EI?

Service Canada, not the CRA, will administer the new EI.

Click here to apply online for the new EI here on My Service Canada.

Make sure you apply within four weeks after your employment is terminated or you are temporarily laid-off or you could lose benefits if you do not apply in time.

Do not wait for a severance package. However, know that severance will affect your EI entitlements if you get severance after you receive EI benefits. Read more here.

You can apply for EI regular benefits even if you have not yet received your Record of Employment (ROE). Your employer will have to submit an ROE to Service Canada on your behalf after you stop working. Most employers submit ROE’s electronically to Service Canada. If an employer submits an ROE electronically, it does not need to send the employee a copy. Click here to read what happens in case an employer is late submitting the ROE.

When will the first EI payment arrive?

Over 80% of eligible Canadians are expected to receive their [new EI] payment by October 14 – 3 days after becoming eligible, and over 90% are expected to be paid within 3 to 14 days.

Note: You can read more about the new EI system straight from the government source here.

Contact Dutton Employment Law for a free phone consultation if you were terminated from work. We are an employment law group focusing on severance. We are located in downtown Toronto, but we serve all of Ontario.