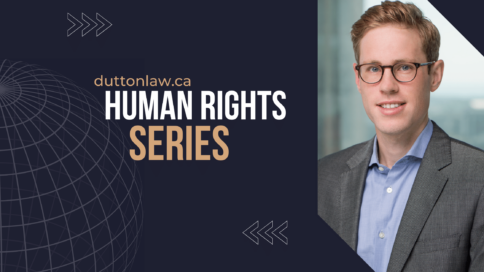 Discrimination in the workplace means unequal or different treatment or harassment towards an employee (or group of employees) that causes harm.

The Ontario Human Rights Code (The “Code”) prohibits discrimination in the workplace.

Specifically, section 5(1) of the Code states that every person has a right to equal treatment with respect to employment without discrimination because of:

The Code separately prohibits harassment in employment because of the above Code grounds in section 5(2). The Code defines harassment as “engaging in a course of vexatious [annoying or provoking] comment or conduct which is known or ought reasonably to be known to be unwelcome.”

The above Code grounds are very broad. For example, discrimination because of “sex” would apply to a wide range of problems faced by women in the workplace, including pregnancy discrimination and sexual harassment.

The word “employment” in the Code is also broad. Employees, independent contractors and volunteers alike are covered by the Code.

The right to be free from discrimination applies before, during and after employment. For example, Code prohibitions against discrimination at work apply in all these situations:

Direct discrimination in the workplace is the most common branch of discrimination. It occurs when an employer does something that on its face discriminates on a Code ground. For example, “No Catholics employed here.”

On the other hand, there is adverse effect discrimination at work. It arises where an employer, for business reasons, adopts a standard which is neutral and applies equally, but which has a discriminatory effect upon a Code ground on one employee or group of employees in that it imposes, because of some special characteristic of the employee or group of employees, some restriction upon them. For example, an employer has a rule that all employees must be available to work weekends. Using this rule, the employer refuses to hire a Jewish person who, according to their religion, is not allowed to work on Saturday, the Sabbath. The rule is not “intended” to exclude Jewish people from a job, but it has this effect. It is therefore adverse effect discrimination and it is just as illegal as direct discrimination. The employer should instead accommodate the employee (discussed below) in this example by substituting their hours.

The Duty To Accommodate And Undue Hardship

The prohibition against discrimination at work includes a positive duty upon employers to accommodate employees with Code ground needs. For example, an employee who requires a wheelchair because of a disability must be accommodated in so far as the employer must make the workplace wheelchair accessible.

All employers have a duty to reasonably accommodate employees with their Code needs unless to do so would be an “undue hardship”. Undue hardship is determined on a case by case basis with an examination that measures the burden of accommodation versus the employer’s reasonable ability to make the accommodation.

Remedies For Discrimination At The Workplace In Ontario

Employees who have been discriminated against in their employment may be entitled to three different kinds of remedies under the Code either through the traditional civil courts or the Ontario Human Rights Tribunal. Such remedies are:

How to Find Help

If you are an employee or an employer who requires a lawyer for discrimination at work in Ontario, please call us for a free consultation.