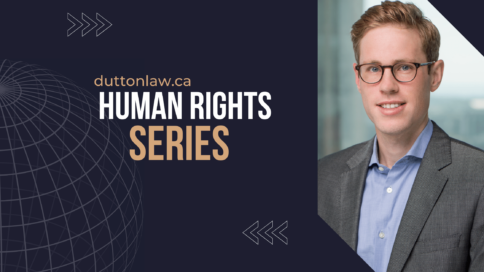 Is it illegal to fire an employee when she is pregnant?

Employers in Ontario can fire an employee at any time for non-discriminatory reasons or for no reason at all.

To prove discrimination, the employee must show:

Thus, an employee will have to show some evidence, even if it is just circumstantial, that her pregnancy played some part, however small, in her termination to prove discrimination.

If an employee is successful in proving her termination was because of her pregnancy, and that it was, therefore, discriminatory, she will be entitled to several remedies. For one, the Code gives courts the power to force the employer to give them her job back. However, that is rare. What is more likely is an award of monetary damages of around at least $15,000 (or more), generally.

In addition, the terminated pregnant employee would be entitled to severance (as discussed below).

What happens if the pregenant person’s firinig was not discriminatory?

As I mentioned above, employees can fire a pregnant person so long as it is not discriminatory. For example, if an employee is fired because of an office closure, and everyone else at the office is fired, it is not likely discriminatory. What happens in these cases?

Just like with workers who are not pregnant when they are terminated, a terminated pregnant worker is entitled to severance. The amount of severance they are entitled to will be calculated in reference to their age, position, years of service and chances of re-employment unless they have a valid contract that provides some other predetermined formula.

In Nahum v. Honeycomb Hospitality Inc., 2021 ONSC 1455, as argued successfully by my colleague Andrew Monkhouse, the Ontario Divisional Court upheld a summary judgment motion finding in favour of a pregnant employee in her wrongful dismissal lawsuit. On the subject of pregnancy, the motion judge agreed with our firm’s argument that the pregnancy did have an impact on severance given the point in the employee’s pregnancy (five months) at which she was terminated and the competitive job market.

However, the Divisional Court rejected the employer’s appeal, finding that the motion judge did not proceed on the basis that pregnancy would automatically lead to an extension of severance. She expressly rejected that approach, holding instead that:

“Considering pregnancy as a Bardal factor is consistent with the Bardal framework because each case must be determined on its own facts. As for judicial notice, courts have already taken judicial notice of the fact that pregnancy makes re-employment more difficult, adding weight to the view that it is a common-sense observation.”

This is the first case at an appellate level court that, to our knowledge, expressly added a “pregnancy bump” for severance in some circumstances, and our firm successfully argued it.

Call us for a free consultation. An employment lawyer or paralegal at our law group will speak with you for thirty minutes and answer any questions you may have about pregnancy and getting fired.