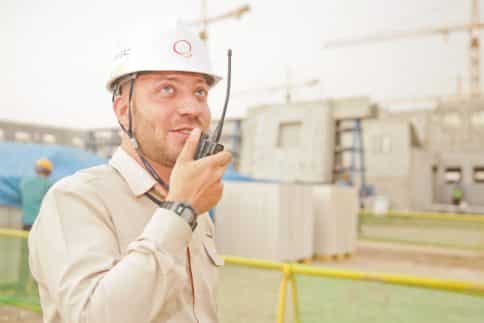 However, as this blog post makes clear, a worker’s time spent as an ‘independent contractor’ may be considered in calculating severance if the worker was hired later as an ‘employee’.

A recent decision of the Ontario Superior Court analyzed how to calculate severance for an employee who once worked as an independent contractor. In that case, Cormier v. 1772887 Ontario Limited c.o.b. as St. Joseph Communications, the employer, St. Joseph  argued that the employee, C, was an independent contractor for a decade before she was an employee, and thus her severance entitlement should be based on the time she was an employee only. On the contrary, C argued she was actually an employee all along and therefore should be entitled to more severance.

However, in a novel twist, the court found that it didn’t matter what Ms. C was because her time as independent contractor, dependent contractor or employee would be calculated together in determining her entitlement to severance.

2004-2012: St. Joseph Communications hired Ms. C as an employee Wardrobe Stylist pursuant to a written employment contract. There was no dispute she became an “employee” at this time.

(a) The Company may terminate your employment at its sole discretion, at any time for any reason, without cause, upon providing you the minimum notice, pay in lieu of notice and/or severance pay required by the Ontario Employment Standards Act, 2000, as amended from time to time. You will have no other entitlement to notice of termination, pay in lieu of such notice, and/or severance pay.

(b) In addition to the foregoing and subject to the consent of the Company’s insurers, you will be entitled to continue to receive Company benefits (excluding STD and LTD benefits) during the notice period specified above [emphasis added].

2017: Ms. C’s employment was terminated without cause, and she was provided a severance package which calculated that her employment began in 2004 when she became an official employee, not in 1994 when she was a freelance independent contractor.  It was thus St. Joseph Communications’ position that Ms. C was only a 13 year employee (2004-2017).

Relying on the fact she worked exclusively for St. Joseph Communications at all relevant times, the court found in of C, holding that she was a dependent contractor for the period between 1994 and 2006. Accordingly, C was entitled to severance based on a 23-year working relationship, not 13 years as argued by her former employer. This normally would have been an important distinction because in most cases, the longer the duration of employment or dependent contractor status, the longer the severance.

Time as Independent Contractor would have been Counted Too

Thus, it begs the question, is there any distinction between the different contractor types when calculating severance for someone who eventually became a bonafide employee? I suggest that there may be no distinction so long as the independent contractor for some length, without disruption, in approximately the same role before they were hired as an employee. This theory makes sense practically because the substance of the relationship was never changed, only the terms and conditions were changed, and because it lines up with the court’s unfortunately brief discussion as to why it would have awarded C the same severance even if it had found her to be ‘independent contractor’ not a ‘dependent contractor’, as at paragraph 73:

… in my opinion, even if I had concluded that Ms. Cormier was an independent contractor from 1994 to 2004, it would have been wrong in principle to ignore these years of their relationship in determining the reasonable notice period. The court should take all of the circumstances into account and in the immediate case even if I had found Ms. Cormier to be an independent contractor, I would not have ignored those years of their relationship. In either case, considering all of the relevant factors and the particular facts of this case, I conclude that the reasonable notice period for Ms. Cormier at the time of her dismissal is twenty-one months.

As an aside, the court considered a separate issue I have come across several times in my review of employment contracts, and I wanted to share what I had always expected.

This case demonstrates that employers need to know that if they hire their independent contractors into a genuine “employee” position, that time they spent as an independent or may be calculated in establishing their right to severance.