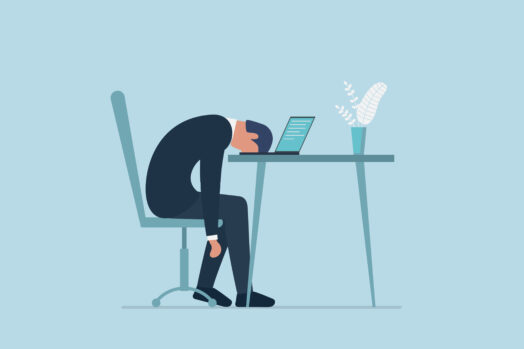 On the contrary, normal damages, in the ordinary sense, are a remedy in the form of money paid to a plaintiff as compensation for a loss. For example, if you get fired from work without reasonable notice, you sue for damages to compensate you for your loss of income over the reasonable notice period.

Still, it is important to stress that punitive damages are only awarded in rare cases where the defendant’s conduct was legitimately egregious. In my estimation, 99% of wrongful dismissal cases will award no punitive damages.

Just because someone did something wrong does not mean punitive damages ought to be awarded. Punitive damages are only awarded if the defendant’s behaviour presents a “marked departure from the ordinary standards of decent behaviour”. For instance, if you were fired from work because you got in an argument with your boss, generally your only entitlements are compensation for the loss of your income over the notice period. Your former employer isn’t liable to pay you punitive damages just because there was a heated dispute unless it treated you especially insidiously. And even then, it is difficult to prove punitive damages.

Courts only award punitive damages in remarkable cases. Punitive damages are an extraordinary remedy that are restricted to cases where an employer’s conduct is so malicious and outrageous that it is deserving of punishment.

Punitive damages are only to be awarded where normal compensatory damages are insufficient to accomplish the objective of retribution, deterrence and denunciation.

Many people think that all terminations can attract punitive damages. However, this is false.

In Canada, individuals have no right to their job. They can be terminated by their employer for any reason (except discrimination). Generally, the only job-protection Canadians have is the right to some amount of notice of termination (i.e. severance). If the employer fails to provide a dismissed employee enough notice, it is a wrongful dismissal. It is not a wrongful dismissal if the employer is simply arbitrary in choosing to terminate an employee.

To that effect, in most terminations, an employer can “unfairly” terminate an employee so long as it provides them with an appropriate amount of severance. Yes, an employee can launch a wrongful dismissal lawsuit, suing for more severance, but they can’t (successfully) sue for punitive damages just because they think their termination was undeserved.

If Widget Corp doesn’t like the colour of your hat, they can fire you. There is nothing wrongful about that. As long as Widget Corp goes about it with common decency, and provides you with a reasonable severance package, you cannot successfully sue Widget Corp for punitive damages.

Thus, in summary, in employment law, normal damages are damages that are quantifiable by loss, like severance. Punitive damages, on the other hand, are some amount of money that doesn’t compensate an employee for a loss; instead, it is money to punish and deter egregious conduct in the way the employer treated the employee.

How To Prove Punitive Damages

Peter M Neumann and Jeffrey Sack write in the eText on Wrongful Dismissal and Employment Law, 2012 CanLIIDocs 1 that to obtain an award of punitive damages in a wrongful dismissal lawsuit, a plaintiff must meet three requirements:

With respect to the second requirement, an employer’s failure to uphold the common law obligation of “good faith and fair dealing” in the manner of dismissal has been held to constitute an “actionable wrong”. This is the most common “actionable wrong” plaintiffs rely on when they sue for punitive damages in Ontario.

In Whiten v. Pilot Insurance Co., 2002 SCC 18 (CanLII), [2002] 1 SCR 595, the Supreme Court of Canada provided guidance on the formula for calculating punitive damages. The Court held that to determine the amount of punitive damages an employer is liable to pay, the key issue is the principle of proportionality.

Punitive damages must be assessed in an amount reasonably proportionate to such factors as the harm caused, the size of the employer, the degree of the misconduct, the relative vulnerability of the plaintiff and any advantage or profit gained by the defendant.

Punitive damages are to be awarded in an amount that is no greater than necessary to rationally accomplish their purpose of retribution, deterrence, and denunciation. To that effect, moderate awards of punitive damages, which inevitably carry a stigma in the broader community, are generally sufficient.

Lastly, courts should review the jurisprudence for guidance on punitive damages in analogous cases. For example, if one case awarded $500,000 in an especially heinous case against a large multi-national employer, a court should award something far less if the facts are less serious case and it is a small company.

There is no exhaustive list of the types of employer conduct that attracts punitive damages. In Ontario, the Courts have awarded punitive damages in several cases, including:

Call our employment law group for a free consultation to see if your case attracts punitive damages.

Thus, an individual can sue an employer whose bad faith treatment caused them great stress for damages for mental distress and punitive damages. In addition, such an employee would likely be entitled to damages for constructive dismissal.